The latest circus act of Oakland Raiders' owner Al Davis and his handling of the Lane Kiffin situation reminds me that the Oakland Raiders have often been a national embarrassment.  In the mid-1970s, the Steelers and Raiders were clearly the best two franchises in the AFC and embattled in a fierce rivalry.  Whenever I see Al Davis on television making a fool of himself, I remember this story.

In the 1975 AFC championship game (played January 1976), won by the Steelers over the Oakland Raiders, 16-10, Pittsburgh's Lynn Swann was leveled by Oakland defensive back George Atkinson.  Swann was knocked unconscious and suffered a severe concussion.  He spent two days in the hospital and his playing status for Super Bowl X was doubtful.  Fortunately there were two weeks between the AFC championship and the Super Bowl, which allowed Swann to play.  Swann ended up being MVP of that Super Bowl, the first receiver to do so. 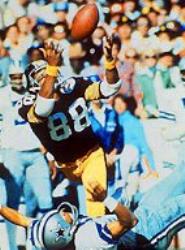 The very next game the Raiders played was the 1976 season opener against the Steelers.  On a broken pass play, Terry Bradshaw scrambled and found Franco Harris for a short gain.  Away from the play, the same Atkinson came from behind and blindsided the same Swann with a vicious forearm to the back of the neck.  Swann dropped to the ground with another serious concussion.  He never saw the cowardly act coming from behind him.  Nor did any official since the attack occurred far from the action.  No flag was thrown.  Swann missed the next two games.

Coach Chuck Noll was rightfully angry.  At his weekly press conference he referred to Atkinson as a "criminal element who should be kicked out of the league."  Dan Rooney was equally livid and fired off a letter to Commissioner Pete Rozelle.  Many more letters flooded the NFL office as well, being that the game was a marquis television event.  Rozelle fined Atkinson $1,500 and wrote that could not recall a more flagrant foul in his 16-year tenure as NFL commissioner.  He also fined Noll $1,000 for speaking out in public against another player, against league policy. 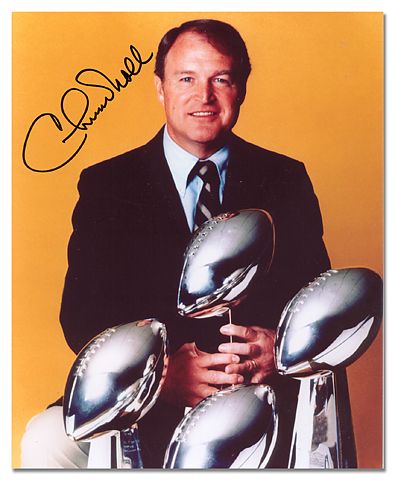 Instead of being remorseful, incredibly, Atkinson sued Chuck Noll and the Steelers for $3 million for defamation of character.  Interestingly, Atkinson also sued the Oakland tribune.  Reporter Ed Levitt had written that "Atkinson could have killed Lynn Swann instead of giving him a concussion.  He could have been facing a murder rap."

Atkinson's maverick owner, Al Davis, was clearly behind the lawsuit.  Davis never met a lawsuit he didn't like and still holds the NFL career record for lawsuits filed.  After all the preparations and discovery, a jury trial began on July 11, 1977 in U.S. District Court in San Francisco. 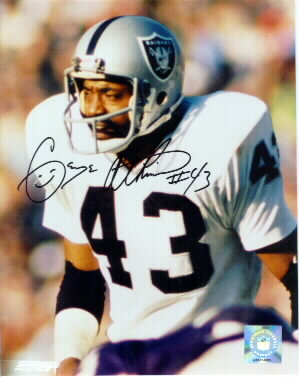 The trial became a media circus with celebrity witnesses John Madden, Terry Bradshaw, Franco Harris, Rocky Bleier and of course, Rooney, Davis, Rozelle, Swann and Atkinson.  Both sides braced with heavy-hitting lawyers.  The Steelers retained James MacInnis, who was called upon a few years earlier to represent Patty Hearst.  The Raiders were well-represented also by sharpshooter Willie Brown, who would later be elected mayor of Oakland.  Brown had defended Atkinson two years earlier against charges of embezzlement and larceny.  His character was already in question.  Judge Samuel Conti had his hands full.  Being a public trial, all correspondences became public information.  While Rozelle cringed at having to air the league's dirty laundry, he had no choice but to endure the battle.

Attempts to settle were rebuffed.  The horse was out of the barn and Rooney stood firm on fighting for Noll's innocence.  What made the trial especially difficult was the process of educating the six-person jury.  The jury needed explanations of basic football nuances and jargon.  They also needed comparisons in order to assess Atkinson's actions in proper context.  All of this took painstaking time.

Both sides presented articulate and persuasive positions.  Attorney MacInnis was an eloquent speaker who had no trouble depicting Atkinson as a dirty player.  At one point he brought out the Webster Dictionary to examine various descriptions of the word "criminal," since that was the key word in the entire case.  Judge Conti ruled that the dictionary was hearsay since Noah Webster was not available to testify.

Attorney Brown and his crew were equally adept.  Noll, a former law student, was exemplary during lengthy examination, mixing humor and sarcasm with his usual sharp observation.  Brown's legal team did back Noll into a corner he wasn't able to escape.  The Steelers weren't choir boys either back in those days.  The Oakland side was able to present video clips of several Steelers who were involved in plays that showed violent hits, late hits and penalties.  Noll had no choice but to admit that actions by Mel Blount, Joe Greene and Glen Edwards could be construed as similar in nature to those of Atkinson.

While the Oakland corner successfully lumped Atkinson's hits with many others, including those by Pittsburgh Steelers, the Steelers had the backing of the league itself.  They presented counter artillery of their own.  In addition to Rozelle's testimony, ultimately damaging to Atkinson, Supervisor of Officials Art McNally flew in to concur that Atkinson went to another level in attempting to injure Swann deliberately and maliciously.

The trial was filled with plenty of schoolyard sniping.  Insults and barbs were exchanged left and right.  While Rozelle would just as soon diffuse all the ammunition that was making the league look bad, there was no love lost between he and Al Davis, his long-time nemesis. MacInnis painted the Raiders as neighborhood bullies  The Raiders claimed that the NFL was the biggest bully, unfairly labeling Atkinson for life.  MacInnis countered that Atkinson's prior skirmishes with the law proved that he didn't need any help with any labels he deserved.  The chess match was fascinating.

Closing arguments were emotional and spirited.  The jury took four hours to return a verdict of not guilty.  The fact that Atkinson was seen in the courtroom signing autographs did not especially help his cause of claiming his character was damaged.  After 10 days of trial, Noll was vindicated. 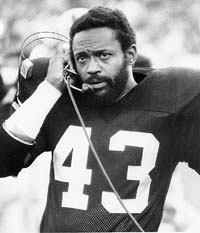 Atkinson on the phone, probably with a lawyer

The Steelers did not emerge unscathed, however.  In mid-to-late July they should have been preparing for another Super bowl title.  Instead, their coach, ownership and several key players were flying across the country to defend themselves.  Their minds were clearly not on football at a time when they should have been.  In addition, after the Oakland lawyers skillfully coerced Noll into lumping Mel Blount in Atkinson's "criminal element" category, Blount was incensed.  He sued Noll for $5 million for defamation of character and claimed that he would never play for Noll again.  All this occurred on the eve of training camp., of which Blount missed practically all of.

Cooler heads eventually prevailed and Blount dropped his lawsuit against Noll.  There was no doubt, however, that the whole cross-country circus affected the Steelers in 1977.  They started the season slowly at 4-4 and by the time they recovered, they had to settle for a wild-card spot in the playoffs.  Traveling to Mile High Stadium, they lost to the Broncos in the first round, 34-21. 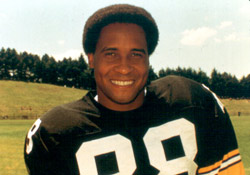