You Want More Lawrence Timmons? You're About to Get Your Wish

Share All sharing options for: You Want More Lawrence Timmons? You're About to Get Your Wish

UPDATE - 2:00 pm EST. Well, this opinion piece of mine has lost some of its luster and relevance with the latest news that Polamalu is likely to play this coming Sunday. That could be a ploy on the Steelers part, of course, but we won't know until Sunday most likely. Even if he does play, though, don't be surprised to see more and more of Timmons in this game and in the upcoming gauntlet we'll be facing in our schedule.

And for more analysis of what we might see from our defense against the well-balanced Giants offensive attack, be sure to read this comprehensive breakdown. - Blitz-

Or at least I think you are.

With Troy Polamalu out with a concussion, don't be surprised if Dick LeBeau finds new ways to utilize Lawrence Timmons's unique skill set. With a little bit more seasoning on him, Timmons I think is ready to handle some more responsibilities on the field. Now, I'm no Dick LeBeau. So I really have no idea what he might be cooking up in his lab this week. But I do know that the Steelers have been holding back many of their rare packages for emergency situations.

Well, no Troy and no Bryant McFadden for now certainyl qualifies as an emergency. I absolutely do not want Troy to rush back from this latest concussion.  He shouldn't either given what we know about the long-term effects being concussed can have on one's quality of life. So we'll see how long he's out, but early word on McFadden is that he'll be out around 5 weeks, perhaps a bit more.

That gives us plenty of time to tinker with some new looks on defense. We might not want to throw Timmons out there and ask him to be Polamalu just yet. Troy's understanding of how to play the run while still serving his duties as a safety in the passing game is quite impressive, and certainly wasn't learned overnight. So instead, perhaps we'll see Timmons assume some of Troy's 'roving' duties and we'll have almost like 4.5 linebackers and 2.5 safetys out there. I know that sounds dumb, but what I'm getting at is perhaps Timmons can take over half of Troy's duties while we ask Anthony Smith to play the deeper part of the field. Might not be a bad idea for Smith anyway, if he plays that is. We all know what happened when he got a little overzealous in the running game last year against New England. 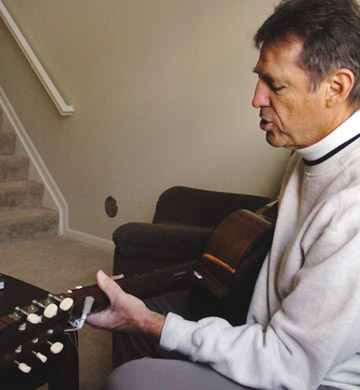 Sing us that song Coach Dad about your 2008 defensive adjustments!

We'll see what happens, but I know LeBeau's crazy defensive alignments are something we've talked about for over two years now on BTSC. Yet, we rarely saw much, if any, of them. I think we will now, and for an extended period of time. I can't wait to watch this kid play.

What do you think we'll see out of our defense moving forward? More Timmons? If not, just Anthony Smith in P's place with DeShea sliding into BMac's role with plenty of experience in his back pocket?