Share All sharing options for: Bengals Rookies Anthony Collins and Nate Livings In For A Long Night

Maybe Steelers receiver Hines Ward isn't the player who should keep his head on a swivel Thursday night.

Three players filling the top depth spots for the left side of their line, and none of them will be active.

In a short week. 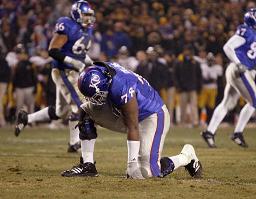 Understatement of the year: The Bengals will have some protection problems.

Collins will have to handle Steelers OLB James Harrison, the All-Pro who has 10.5 sacks in six career primetime games. He's the same guy who had two sacks against the Bengals starters in Week 7.

Certainly, Steelers defensive coordinator Dick LeBeau will notice the weakness on the edge. To compliment this advantage, he'll bring his inside 'backers into the B gap. When Livings isn't handling the inside blitzes the Steelers will run at him and center Eric Ghiaciuc (not exactly a Pro Bowl player, either), he'll have to provide help to Collins on Harrison.

The likelihood of Harrison having a game like his 3.5 sacks, 3 forced fumbles and 1 interception game against Baltimore last year seems pretty high. But the real question is whether it will be Harrison having an epic game, or either one of three inside linebackers, James Farrior, Larry Foote or Lawrence Timmons, or OLB LaMarr Woodley. 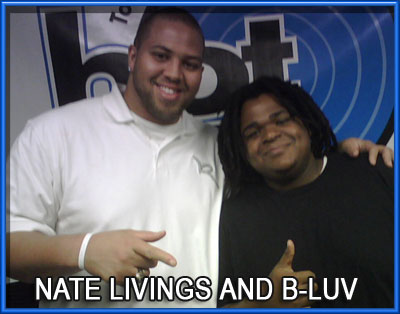 It's the best we could find. Nobody knows who Nate Livings
is either

This, in turn, will allow SS Troy Polamalu to roam freely around the box - where he is most dangerous. He'll have the ability to mess with Bengals QB Ryan Fitzpatrick, disguising his intentions on each snap. The Steelers will be able to gamble down the field, and not require two deep safeties in most situations. They will force Fitzpatrick to look short, which will play right into Polamalu's strength.

To avoid this, Collins and Livings will have to lock down the perimeter of the blitz. If they are able to at least push the rusher to the outside, it will open up running lanes for the elusive Fitzpatrick, or even expose an agressive Steelers defense to draws or screen passes. San Diego picked up a big third-and-long last week off a screen pass when the Steelers brought five on a blitz.

In the end, though, Harrison is too savvy of a pass rusher to think one inexperienced blocker will be able to handle him. he'll draw plenty of attention, which will greatly hinder an already overwhelmed line.