Share All sharing options for: Steelers Rip Chargers, Set To Host Baltimore With Trip To Super Bowl At Stake

Not a bad time for the offense to turn in the best game of the year. Willie Parker rushes for 146 yards and looks better than he has in two years. Santonio Holmes has long put to bed the inconsistencies he was dealing with earlier in the year; Hines is Hines. Miller continues to get worked into the offense more predominantly; Ben protected the football.

And most impressively: the offensive line and Bruce Arians have their best game of the year. I wrote earlier in the week that it was entirely possible for us to just 'click' all of a sudden and finally piece together a complete game. One down, two more to go.

The line should get the game ball but it's hard to dismiss the heart and resolve - not too mention speed and strength - that Willie Parker put on full display. Never give up on Fast Willie Parker - he's been doubted too many times already in his career. 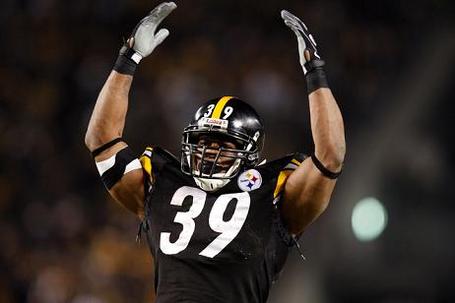 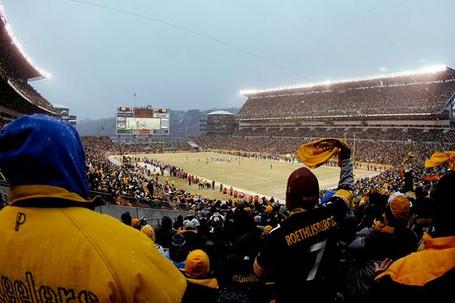 Ask and you shall receive Mr. Parker.

The stars continue to align for the 2008 Pittsburgh Steelers.

I'll be back with more on this game later and you can expect one wild and crazy week here on BTSC as we gear up for Round 3 with the rival Baltimore Ravens. 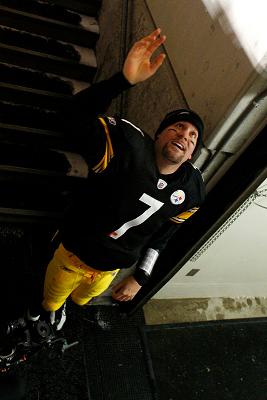 More photos after the fold. 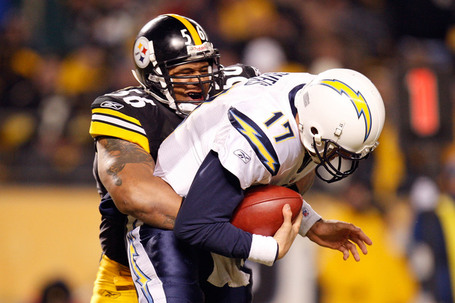 Wood's play was instrumental on a day when Harrison kept getting held and Polamalu was a non-factor. 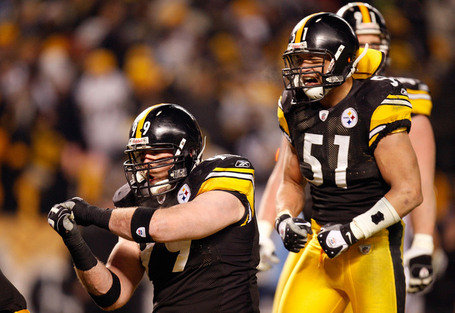 The Diesel had two game-changing plays for the Steelers defense and looks to be up to his old self motoring around everywhere possible. 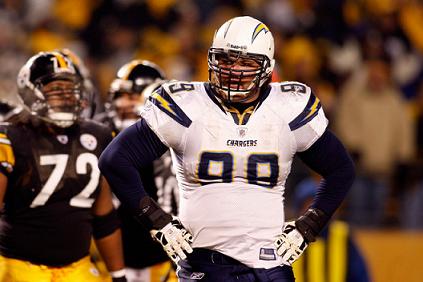 Chargers defenders were left wondering what hit them. 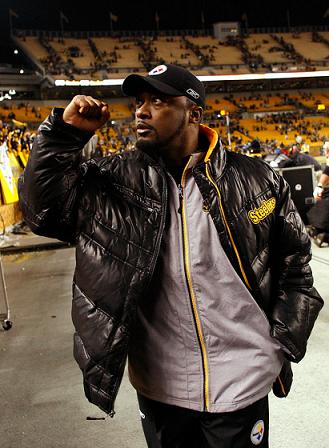 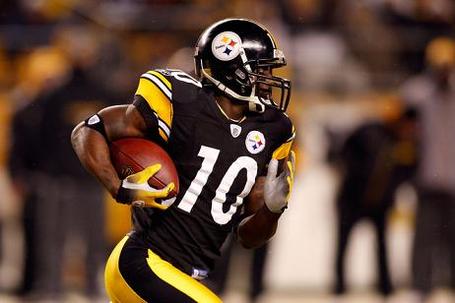 Always err on the side of patience with your team's true dynamite play makers.