Share All sharing options for: Don't Come Around Here No More, Phil Simms

I know I'm not alone on this one, but it dawned on me that the Pittsburgh Steelers never seem to play well when CBS sends its top commentating team of Jim Nantz and Phil Simms to call Pittsburgh's games.  So just for kicks, I went about checking the NFL TV Distribution Maps from the past three years to see just how well or poorly the Steelers have fared with Simms on the call during the Mike Tomlin era. It's not pretty (playoffs not included). 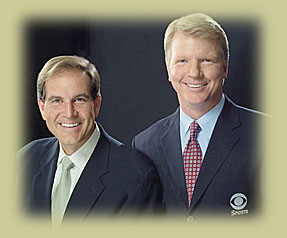 Go away Mr. Simms! And Jim, stick to the Masters and March Madness and we'll have no issues. Capiche? Cool.