Just How Bad Has The Pittsburgh Steelers Special Teams Been? Even Worse Than You Think.

Share All sharing options for: Just How Bad Has The Pittsburgh Steelers Special Teams Been? Even Worse Than You Think.

I wanted to take a look at just how historically poor the Pittsburgh Steelers have been covering kickoffs so far in 2009. I did so by first checking the numbers generated by Football Outsiders special teams metrics. You can read an explanation of their system for special teams formula(s) here. You don't have to though to understand just how bad the Steelers have been. Basically a score of 0 means you neither fare better nor worse than the average NFL team would in similar circumstances. The more negative a score, the more poorly you're performing.  Let's take a look at the numbers first. 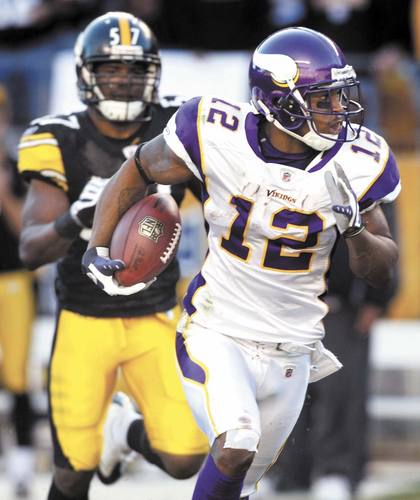 Obviously we see there's plenty of awful records in that group. That's not too surprising.  There's also a handful of teams that probably diminished their chances at finishing with a winning record by virtue of their poor special teams play. The 2006 St. Louis Rams and the 2000 Buffalo Bills come to mind. Both finished 8-8 and missed the playoffs. In fact, if the Rams don't give up two Devin Hestor TDs in a 41-27 loss to the Bears, they make the playoffs that year. Instead, they finished one game back of Seattle and lost the tiebreaker to the New York Giants (also finished 8-8) for the final Wild Card berth.

What's fairly interesting is that only two teams really in the past decade have been able to overcome being so poor on special teams. Those two teams would be the 2001 Rams and the 2004 Chargers. The Rams, of course, went to the Super Bowl that year. Their offense, The Greatest Show on Turf, was so explosive that it didn't much matter that they gave up poor field position after all those scores. Their defense was actually pretty darn good that year for how poor they were on special teams (they were also below average covering punts). They allowed just 17 points per game and allowed only 279.4 yards per game. Bottom line is that team was dominant.

The other team was the 2004 Chargers, who broke through with a big year following years of poor play to start the decade. Their defense was not quite as solid as the 2001 Rams unit. San Diego allowed just over 19 points per game and roughly 335 yards each outing. But they too had an explosive offense led by LaDanian Tomlinson in his prime, the emergence of Antonio Gates as a stud tight end, and the breakout season of Drew Brees at quarterback. The Chargers finished that year 10th in yards and 3rd in scoring. Perhaps most importantly, San Diego was dramatically superior in the turnover margin department than the 2009 Steelers. Pittsburgh is currently -5 through 10 games while San Diego finished +15 in 2005.

Will the Steelers wind up like the '04 Chargers or '01 Rams and still be successful despite their ST deficiencies? Or will they fall back to mediocrity over the course of this final 6 weeks? We'll see. History says it can't get any worse, as you'll see below. It's actually remarkable they're 6-4 when you also consider the turnover issues the Steelers have had. Anyway, moving on...

I then wanted to see how many kickoff return touchdowns each of these teams allowed in the year they were ranked dead last by FO's metrics. Again, grim stuff if you're a Steelers fan. Take a look. 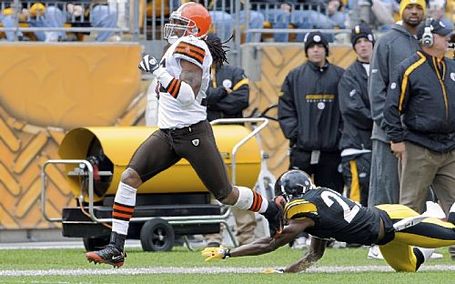 Staggering stuff, no? The Steelers have allowed more kickoff return touchdowns in 10 games than any team has in the past 10 years. Yes, I checked each year since 2000 to see how many touchdowns were allowed by each team. And no, no team had more than 3. In fact, only a small handful of teams this past decade have even allowed three. The Steelers are already in the clubhouse with the lead at four. And there's 6 more games to be played, including matchups against Ted Ginn of Miami, Joshua Cribbs of the Browns (who's owned us) and LaDarius Webb of Baltimore twice, who's averaging 28 yards per return and taken one to the house. Yikes.

Finally, I wanted to see the actual yards per return allowed by each of these teams, as well as where those numbers ranked league wide that year. As you'll see, some of these teams ranked better in actual yardage allowed than they did by Football Outsiders metrics. That's why FO has some utility though - sometimes the numbers by themselves don't tell the whole story. Still, you'll also see that these teams were more or less very mediocre to downright awful in terms by the traditional metric of yards allowed.

* - Yahoo's special teams statistics only go back to the 2001 season. The link on the 2000 Buffalo Bills here goes to a site called database football. It only gives each team's total number of kickoffs and kickoff return yards allowed, not averages. Sorry, this already took long enough; not going to compute each team's average.

So, in conclusion, it's pretty obvious just how bad the Steelers have been so far in 2009 covering kicks. Historically bad. In fact, in the past 30 years, only the 1998 Minnesota Vikings allowed four kickoff return touchdowns. I went back and checked the past 30 years for that tidbit, but I should have just checked the NFL record for most TDs allowed in one season. Yup. The 1998 Minnesota Vikings, who of course will at worst be joined by the 2009 Steelers in the dubious category.
The Steelers may also be in the running for one another dubious record - most yards allowed per return for the season. They're presently at 26.9 yards. The NFL record is 29.5 set back in 1972 by the New York Jets. What's shocking is the Carolina Panthers have actually averaged more yards per return this year than the Steelers (31.0 yards). The Panthers however have only allowed 1 TD. Still, is it overly surprising that the Panthers are underachieving this year?
What's the solution? I'm not sure. Obviously the recent personnel moves are the coaching staff's attempt to shore things up. History shows that they likely will get better before they get any worse, but that's certainly not something that the players or coaches will or should assume. I've already thrown my unimportant two cents out there - put James Harrison back in there first and foremost, then sit back and see if things fall in to place. We'll see!  I do know this though - if this aspect of the team can improve dramatically, the Steelers still have time to get on a roll once more just in time for January football. If they don't? Well, we might be watching a Steelers-less field come January for the first time in the Mike Tomlin era.