IX- Deebo tells Kevin Colbert and the Steelers front office, give me my money, or I am stealng your bike. 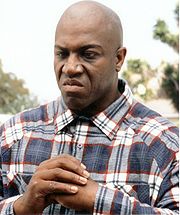 X- Great stuff from James Walker of ESPN talking about the challenges all four teams in the AFC North face this offseason.

XIII- Another good piece on the options for the Steelers this offseason courtesy of DC Steeler Nation.

XIV- The Steelers have added a ten pack to their off-season roster, seven are familiar faces that have been on our roster or practice squad before, and three are new to the team.

XL- Before NFL 2K...and before Madden, there was…TECMO SUPER BOWL.  Re-live the most glorious one minute and eleven seconds in recent Steelers history compliments of the best franchise perhaps in all of football gaming history.