I have purposely waited to write a story about Terry Bradshaw and Ben Roethlisberger, speaking of them in the same breath, out of deference to the fact that Bradshaw pocketed four Super Bowl rings and completed his career.  Ben is still young.  In fairness to Terry's full body of work, I avoided comparing Ben to Brad.  But now with two Lombardis in less than half a career, It is time to give Ben his due.  He still has work to do, but he has earned the right to be mentioned with the Blonde Bomber, and I don't take this lightly.  I will use Terry in the present tense here just for the sake of parallel writing.

Both Ben and Terry came from second-tier college programs.  Ben was recruited early by Miami of Ohio's Terry Hoeppner before he was even a quarterback.  Hoeppner had him throwing at his summer camps and foresaw greatness.  When Ben finally did play quarterback in high school, his senior season, Hoeppner offered him a scholarship after the first game.  Ben told him he would go to Miami, and even after all the big boys began chasing him after his senior season, he remained loyal to his word.  Terry was equally courted by Louisiana Tech coach Maxie Lambright before LSU came-a-calling.  Lambright foresaw greatness before the others.  Terry was pressured by many to go to LSU, but his loyalty to Lambright could not be broken.  He went so far as to bomb an LSU entrance exam just so people would get off his back and let him enjoy his comfort zone with Lambright.  Both Ben and Terry called their college coach "my second father." 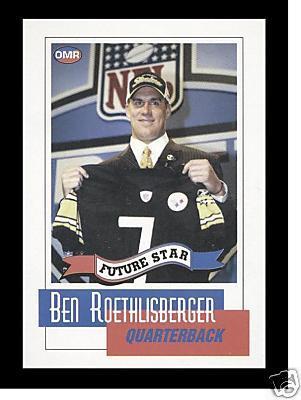 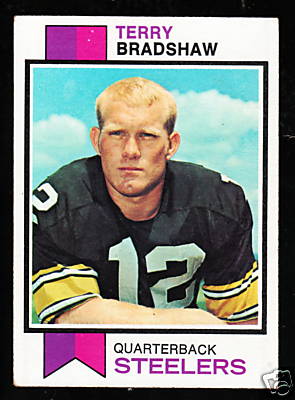 Both Ben and Terry came to the Steelers after a string of unsuccessful quarterbacks frustrated the fan base to the point of pulling out hair.  Ben followed Neil O'Donnell, Kordell Stewart and Tommy Maddux.  Terry followed Ed Brown, Kent Nix and Dick Shiner.  Fans of the 60s vividly remember Ed Brown completely blowing a game against the Giants in 1963 that would have put the Steelers in the championship game.  Fans of the 90s vividly remember Neil O'Donnell completely blowing a Super Bowl.  Steeler fans were thirsting for a quarterback savior, and both Ben and Terry became just that.

Both Ben and Terry came to the Steelers after a long streak of team frustration.  The Steelers were awful for a generation before Bradshaw, with the exception of a few Bobby Layne years.  The Steelers were competitive before Roethlisberger, but frustrating in that they just couldn't get over the hump in the Cowher years pre-Ben.  In both cases the fans were foaming at the mouth when the quarterback arrived.

Both Ben and Terry lost their first AFC Championship Game, in Pittsburgh, against an AFC East team with a future Hall of Fame quarterback wearing number 12 (Griese, Brady).  Both Ben and Terry won their second Super Bowl around the age of 27, Ben just prior to his birthday and Terry just after.  Both won their first Lombardi by managing the game and milking the lead. Both won their second Lombardi when managing the game was not enough.  They came through big-time in their second Super Bowl, even though their wide receiver came away with the game's MVP. 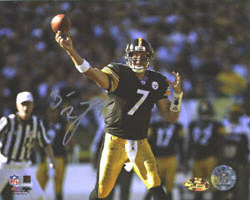 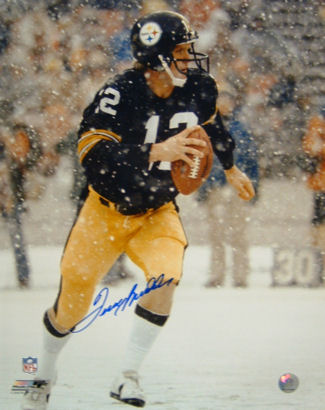 Both Ben and Terry are flippant with remarks to the media.  Ben finds himself in constant quandry over injury reporting.  It seems like the media knows more about Ben's health than the team does.  The team finds itself scratching its collective head after hearing what Ben says to the media, trying to give them something to write about.  Terry used to feel sorry for individual writers who were looking for something fresh, so he would tell different things to different writers.  When stories came out in the paper, the team would scratch its collective head.  They just never knew what their quarterback was going to say next. 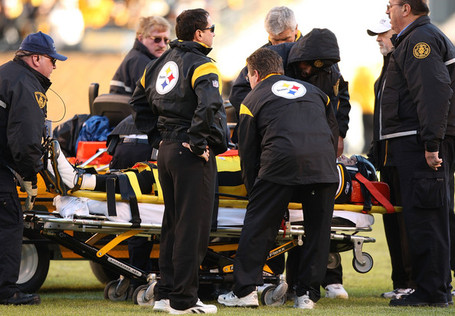 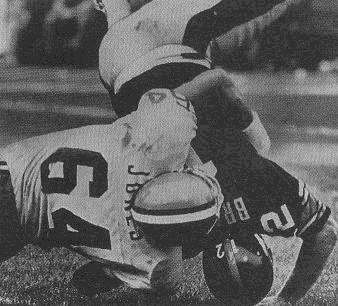 Both Ben and Terry have great arms inside the pocket, and great legs getting out of the pocket and making a great play.  Time and time again.  Both are hard to get on the ground, somehow spinning freely and making plays only they could make, sending Steeler Nation into a frenzy.  They both hold the ball too long, or do they?

Both Ben and Terry are hypersensitive individuals.  The Ken Whisenhunt catfight, while overblown, was fueled by Ben's sensitivity nonetheless.  When asked why Roethlisberger had a down year in 2006, Whisenhunt gave the perfect answer by deflecting to the motorcycle accident, appendectomy and concussion.  Ben was somehow offended by the only good answer Whiz could have given.  Ben also likes to remind everyone that 10 teams passed him by in the 2004 NFL Draft, as if he were the Michael Jordan of the NFL.  Privately, it is quite alright for Ben to use whatever he likes for motivation.  Publicly, he needs to get off that horse.

Terry was just as sensitive.  His relationship with Chuck Noll was destined to be strained from the very beginning.  Terry needed tender loving care and positive reinforcement from his coach, and was not going to get either from Mr. Spock.  The two were oil and water.  While Bradshaw's sensitivity is partly to blame for strange bedfellows, Noll could have done a much better job understanding his role as a leader and adapting to different personalities.  Bradshaw also suffered from Attention Deficit Disorder and later with Depression, a one-way ticket to sensitivityville.

Both Ben and Terry are tough as nails.  If you are going to play quarterback in a town synonymous with steel, you need to have skin made of leather, bones made of iron, and a head hard enough to win any battle it gets into.  After watching Turkey Jones and a windshield both fail to conquer the noggin of a Steeler quarterback, that is the guy I want lining up over my center.

Neither Ben nor Terry give a tinker's damn about statistics.  There is a convoluted notion out there that when a quarterback "manages a game" he is not good enough to win it.  This notion is an insult to guys like Bob Griese, Troy Aikman and Bart Starr, who "managed" themselves into the Hall of Fame, and Joe Namath, who "managed" the greatest Super Bowl upset of all time.  There are times in football games when managing them is the call to order, and other times when risk-taking and heroics are called upon.  Both Ben and Terry always set the individual aspects of the game aside and did what was needed, both with management and with heroics.  Statistics be damned.  Give me the ring, baby.

Ben and Terry are the two greatest quarterbacks in Steelers history.  Ben is halfway to Canton.  Terry is there waiting.  On one hand they are worlds apart, one from the North Coast and the other from the South Coast, separated by culture and a couple of generations.  But on the other hand, it is remarkable how much the two have in common.