Share All sharing options for: Anatomy Of A World Championship Winning Drive

The drive and game ended with this lasting image: 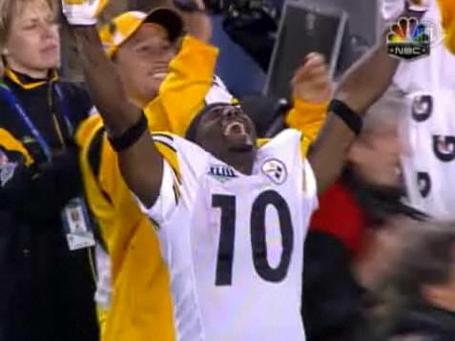 How did we get there?

I'll try to stay out of the way as much as possible and let the pictures do the talking. They usually fare much better than me anyway.

The drive began with the Pittsburgh Steelers trailing 23-20 following a 64 yard catch and run by the All World Larry Fitzgerald. With two timeouts and 2:37 left on the clock, there was plenty of time for sure, particularly when you're talking about Ben Roethlisberger, an engineer of 17 game-winning drives prior to this evening in the 4th quarter or OT. Make that 18 after tonight, which only adds to his lead of most comeback victories since 2004.

But when Chris Kemoeatu was flagged for a 10 yard holding penalty on the opening play of the series, things weren't looking overly bright. 88 yards to go. No big thing.

I am purposefully excluding the first down play to post about that next. It was special for a number of reasons and deserves its own post.

To start, we see the Steelers in a 3rd and 6 situation. The play before, right before the two minute warning, Big Ben rushed to get the snap off before the two minute break of action. Not a terrible idea, but considering that we had two timeouts and only needed 3 points to tie, it was perhaps a bit foolish to not cherish the down more so than the extra second or two. Just sayin'. Anyway... 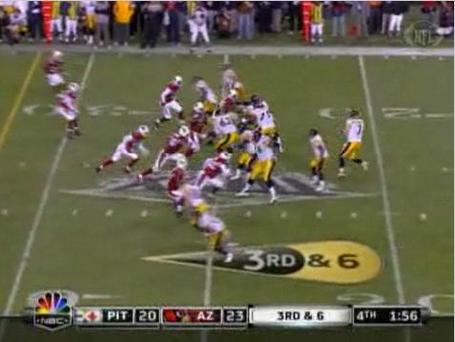 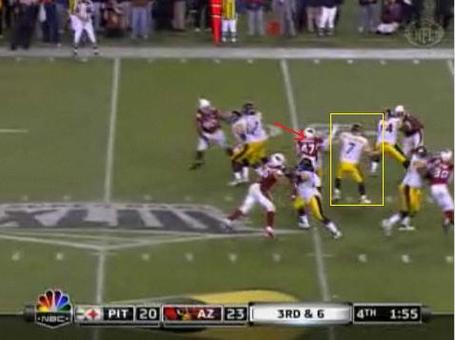 In the frame above, we see Ben's instincts on full display. #47 of the Cardinals is in his face being picked up by Mewelde Moore but Ben needed to not panic. He did not. Instead, he realized that... 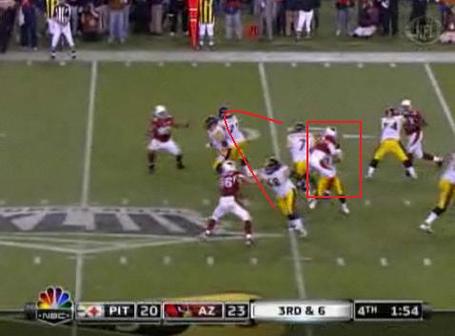 Moore had his assignment and that there was a pocket for him to step up into. Great job by all involved to physically stick with their guys. Roethlisberger has a sixth sense about where to go if you do your job and though it's ugly at times, there are others when things materialize just so. Still, there was a throw and catch still to be executed.. 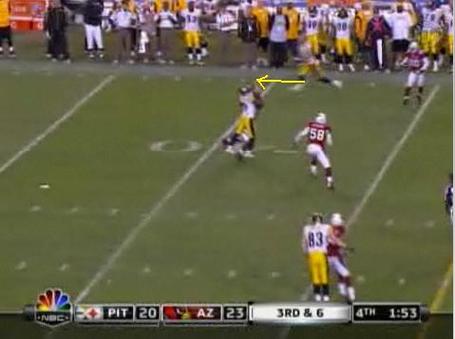 And it was a tough catch at that. This frame doesn't really do it justice but Holmes reaches behind him to snare this one out of the air for a huuuuuge first down. 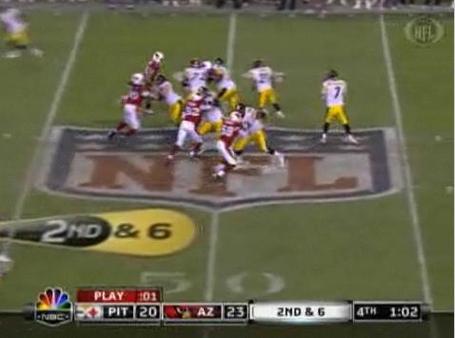 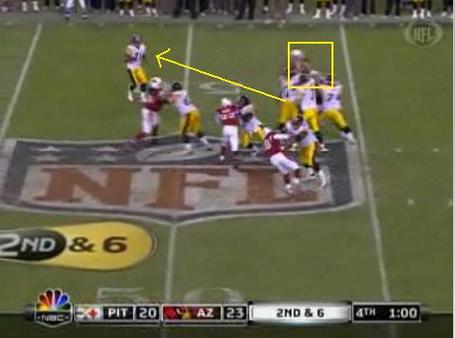 This is just flat out gorgeous from Ben here. Notice above the pump fake Roethlisberger gives as he stares down Mewelde Moore in the flat. Again, it's not a great image, but I put a box around a Cardinals defender above who is off the ground and in Ben's face. Ben again stayed collected and let the offensive linemen bring him back down to the ground. More importantly though, notice how... 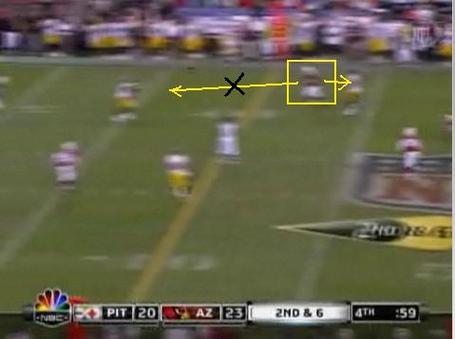 Ben's pump fake brought up that blurry Cardinals defender to account for Moore, which in turn left Holmes wide open in a soft spot of their zone. Had Ben not pump faked, we maybe get 5-10 yards in the flat to Moore. He did and it brought Holmes' defender off him. You'll notice the Cardinals safety is barely in the picture here and by the time the ball is delivered to Holmes... 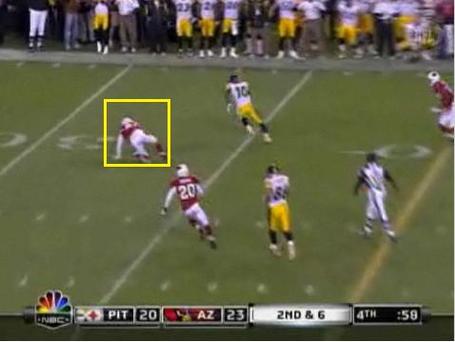 It's far too late and Holmes is out of his break and off to the races.

Not sure I need to say much here other than... 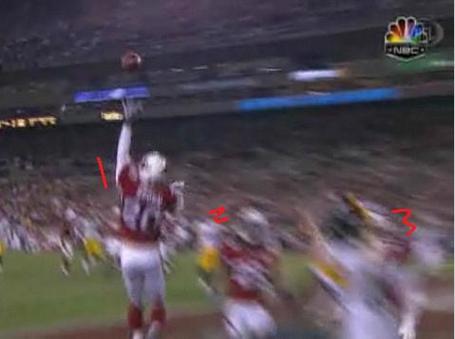 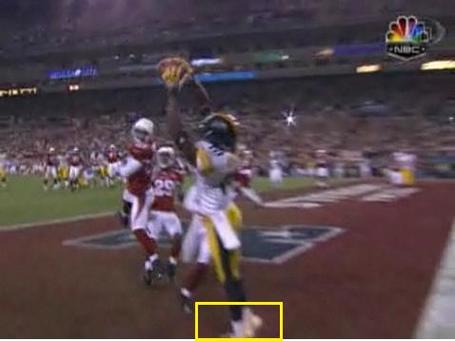 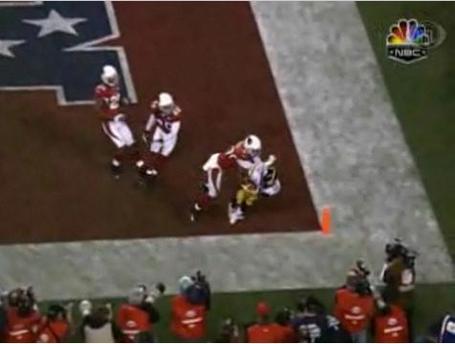 Fine, if I had to say one other thing it might be move aside Montana and Clark. This TD connection between Big Ben and 'Tone may just be the leader in the clubhouse for all time great scoring plays to cap a SB.