IX- I am trying not to get my hopes up, but this is the biggest news I have heard about Free Agency and the Steelers so far this off-season.  According to the Tribune Review Jeff Saturday and his agent are saying that Saturday would like to be a Steeler. What are your thoughts BTSC?  I think Satuday is a leader and a teacher and would be a great fit for a mostly young offensive line.

X- Time to rally BTSC, we are again losing in the First annual Pittsburgh Sports Blog Tournament.  Make sure you click here to vote.  We are up against another great blog "Where have you gone Andy Van Slyke."  Also, make sure to check out all the other great Pittsburgh Blogs that were in the tournament.

XIII- The Steelers "big rival" is supposedly the Cleveland Browns.  The new Browns brain trust of coach Eric Mangini and G.M. George Kokinis are lukewarm on Brady Quinn.  It is amazing how far this team fell from last off-season's hype.  This was a team that was expected to win the AFC North and finally break through in the playoffs; instead the team went 4-12.  On top of that Cleveland is the fourth most miserable place to live. 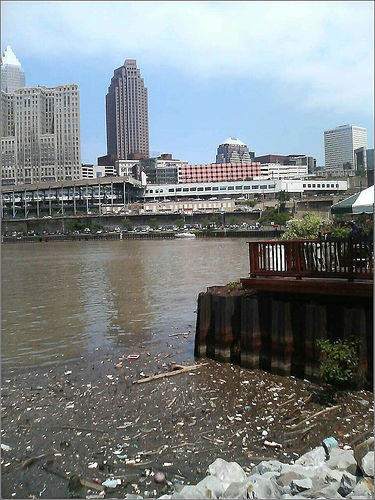 XIV- The debate continues about who the Steelers will draft on April 25th and 26th at Radio City Music Hall.  Steve is Alive disects some players we have discussed here at BTSC, and some that came as a surprise to me.  Here is another look talking about a few more players that the Front Office could be eyeing for the draft.

XL- 2010 is an uncapped year in the NFL; this is making it harder for teams and players to come to agreement on salary renegotiations.  For a nice look at how the new stipulations are affecting our talks with the 2008 NFL Defensive player of the year, check out this article from the Pittsburgh Post Gazette.

XLIII- Recently a Steeler fan from Chicago mentioned his what changes he would like to see in the 2009 NFL season.  Mike Florio wrote a piece at the Sporting News on why the NFL should go back to having Six Divisions instead of four.  What other changes would you like to see to the NFL going forward?