IX-The first regular season game of the year will feature the Steelers and is on Thursday September 10th, 2009. Could we possibly be facing the team we beat three times last year?  My feeling is instead of the Ravens the Steelers get some vengeance on those Tennessee Titans who desecrated the sacred towel.

X- A nice write-up on Mike Tomlin by Jason Harris of the Tribune Review.  In other news Mike Tomlin is in talks to guest star on the T.V. show House M.D. as Dr. Eric Forman's brother.  He is also in negotiations to play Fast Willie May’s Hay’s cousin in the next "Major League" movie. 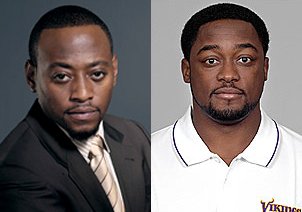 XIII- Keith Butler was a candidate to replace Dick Lebeau after he retires, but rumor has it he may be heading to the Steelers West!  My understanding is unless it is a head-coaching gig the Steelers don’t have to grant him permission to interview.  Perhaps the Steelers extend the contract of and give him a new title along the lines of "Assistant Head Coach" to keep him in our long term plans.

XIV- Anyone have a spare million dollars lying around?  If so you might want to consider buying the actual gloves that Santonio Holmes wore during his amazing Super Bowl XLIII catch.

XL- On the field Hines Ward may be the toughest wide-receiver in the league, but off the field his style is smooth and expensive. 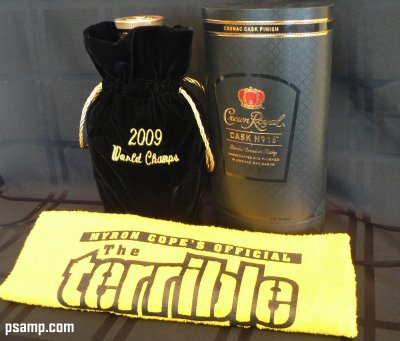 XLIII- I for one think that the Pro Bowl is a sham. I have said for a while now that a flag football game would be a good way to minimize injuries and still get a fun spectacle to watch.  Yahoo's Shut Down Corner has some thoughts on how to expand on that concept.  How do you think we fix the Pro Bowl BTSC? How sick would it be seeing Big Ben roaming around the flag football field trying to throw to an open Troy P?