IX- Hines Ward was on NFL Total Access last night as a special panelist along with Teddy Bruschi.  Hines was asked at one point who he would like to transplant out of the division and his answer was Ray Lewis, but according to the contract Ray-Ray signed yesterday he isn't going anywhere anytime soon.  If Lewis played until the end of the new contract he would be 40 years old.

X-Hidden in the bottom of an article from the Beaver County Times by Mike Bires was a rumor that the Steelers are potentially targeting Wake Forest cornerback Alphonso Smith in the first round of the upcoming draft.  BlitzKurtain and Air Holmes have both written posts' regarding our cornerback options and both have information on Alphonso Smith's talents. 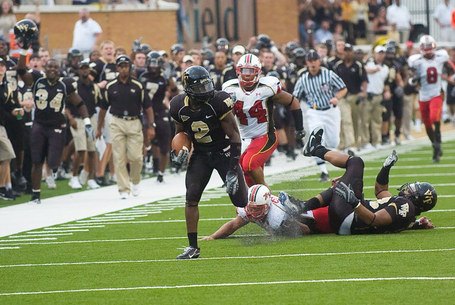 XIII- I shared the story about Hines Ward giving everyone on the team a bottle of Crown Royal Cask No. 16 after the super bowl.  Pittsburgh Sports and Mini Ponnies has another Steeler great that likes some high priced liquor. Hopefully "The Bus" parks before he starts drinking. 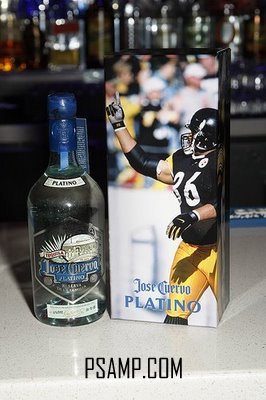 XIV-- Chris Carr is being brought in for a look to see if he will be competing for a role not only as a defensive back, but also as a return man.  Carr was ranked third and eighth in kick and punt returns respectively last season for the Tennessee Titans.  While he has maintained a great return average throughout his career with the Raiders and Titans he has never returned a kick or punt for a touchdown in his professional career.

XL- Steelers fans across the globe can expect to have a plenty of reasons to yell at the screen due to stupid false starts next year.  That's right, Willie Colon has signed his one year tender guaranteeing him 2.189 million for next season, and officially ceasing his ability to negotiate with other teams.  Also over the weekend Carey Davis signed his tender guaranteeing him an estimated $460,000.00.

XLIII-  Even though this is a Steelers blog, I thought this was a fun parody of the bud light commercials from the guys who have been parodying the Coors light Press Conferences.  If you think this is funny check out some of Benstonium's other work.  They have really some funny Mike Tomlin Videos.