IX- Finally we have some good news on the James Harrison contract situation.  Harrison's agent said that he is going to attend the offseason workout program that starts today.  The sides still seem to be far apart on a contract but this is a positive move that will help create less controversy over the looming negotiations.

X- The city of Pittsburgh hosted the second largest St. Patrick's' day parade in the country this weekend, as well as a tux and green tie dinner gala to raise funds for the American Ireland Fund.  Rooney will be in Washington D.C. on Monday to receive a lifetime achievement award from the American Ireland Fund and will be attending a reception at the White House.  The surprising story coming from Pittsburgh this weekend is that there are no reports of Jeff Reed being arrested for doing anything stupid, yet. 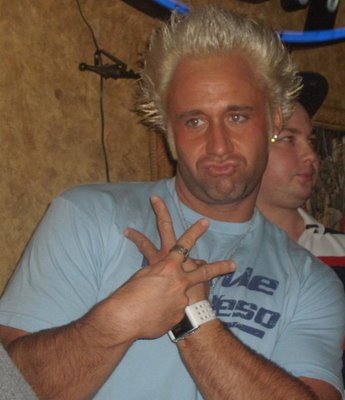 XIII-The Steelers are on the clock with ESPN's James Walker for the 2009 NFL draft.  Walker believes the Steelers will take an interior lineman with the 32nd pick, but also might consider a defensive lineman depending on who is available at when they pick.  I haven't heard anyone in the national media link the Steelers to anything other that OL, DL, or CB in the first round.

XIV- When it comes to predicting the compensatory picks awarded by the NFL, AdamJT13 is Mel Kiper and Nostradamus rolled into one.  The good news for Steelers fans is in his projections of 2009 Compensatory NFL Draft Picks he has the Steelers receiving a third round pick for the loss of Alan Fanaca.  This is Good news for the Steelers as it provides room for trades or to possibly reach for a player ahead of his expected draft value.

XL- For those of you who might not be aware the Steelers didn't come to terms with Joey Galloway who signed with the Patriots, or Chris Carr who signed with the Ravens.  It looks like the Steelers are being thrifty and felt that both players were either a bad fit, or too expensive.   More good news for fans and the team is that by not signing anyone the Steelers' are putting themselves in a good position for compensatory picks next season.

XLIII- The AFC north has three teams that have are very satisfied with their Quarterback situation going into next year.  The one team that isn't necessarily satisfied is the Cleveland Browns who have two quarterback on the roster that are both due large paydays over the coming years.  John Clayton from ESPN thinks that the Browns could be a trade partner for Jay Cutler if he indeed is traded from the Broncos.  I personally hate Jay "the diabetic dynamo" Cutlers' attitude, but do think he is a scary quarterback that can take over a game with his arm and football savvy.  Perhaps Cleveland has decided it is time for a much needed image change. 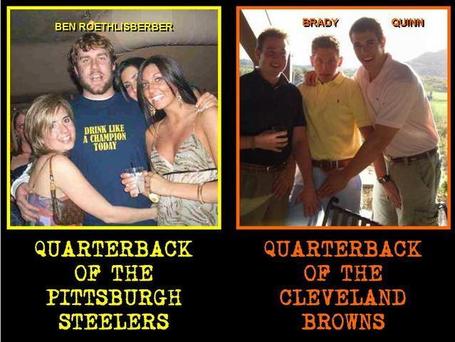