Introduction: Improving The Offensive Line in 2009 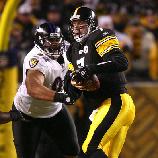 As I said in my intro post, I don't think we should stick with our newly instated Zone Blocking Scheme for the running game (from now on referred to as ZBS, per steelguy99). However, if the Steelers have any plans to change it, they're keeping them top secret, so I'm doing this chart with ZBS type linemen in mind.

In the ZBS, a premium is put on pass blocking, athleticism, lateral agility, and intelligence. Elite strength isn't quite as important, neither is pulling ability. However, considering that we're going to face NT's like Rogers, Ngata, Williams, and Wilfork on a regular basis, we're going to want to consider a Center's ability to handle those guys in both the running game and pass protection. Lower body strength is key, as is playing with proper leverage and firing off the ball quickly. At Tackle, it'd be nice to get a top tier athlete who could make us more comfortable when speed rushers come after Ben's blind side. 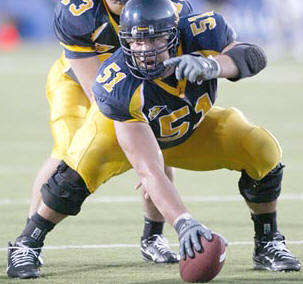 Last year, the quality of the OL class got talked about a lot, but this year has more top tier talent and better depth. While there is possibly a void at the Guard position, I can't remember a year that there were so many strong, intelligent, athletic, and versatile Centers (see commentary below). At Tackle, there are 2 guys who are going in the top-5, a good group of well-developed, pro-ready types available after them (Britton, Tupou, Kropog, Cadogan), and an impressive set of elite athletes who should be available in later rounds who could develop into top flight Tackles (Beatty, Meredith, Fulton, Vollmer, Murtha). There should be good values in most rounds, which will keep the Steelers from reaching or making an expensive trade to make sure we get "our guy". 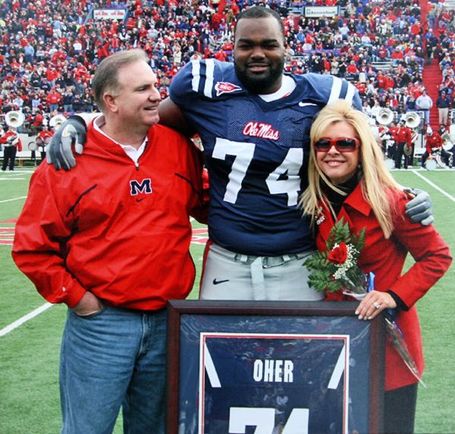 With so much quality depth, we're in a great position to stay put, trade up, or trade down, depending on how the board falls. If we get a legit shot at Oher for a 1st and 3rd rounder, it might be worth it. Britton would probably be worth 1.32 if he's there. The early to mid 2nd has some good values at center if we traded down from our 1st or up from our 2nd pick. If we don't like our options in the first two rounds, we could still take two quality linemen in the 3rd. After that, there are some flier and backup types for depth and potential starters down the road.

About Some Of The Prospects: OFFENSIVE TACKLES

Andre Smith (Alabama) - Best looking OT on tape, unwilling to follow the typical path of a top NFL prospect. Could be a huge steal at 1.32, could be a flameout. The talent is there, so I would give him very hard look to see if the attitude is a long term problem, especially considering he was an upstanding teamate/citizen before the bowl season started.

Eben Britton (Arizona) - Smart and well rounded OT prospect. Pro-ready, very good technique, may not have an elite ceiling. If we draft for tape, I could see us picking him at 1.32

William Beatty (UConn) - Has shown top notch athleticism on tape and has a ridiculous vertical for an OL, but his lower body strength is a liability right now and he has less than perfect technique. Had an outstanding senior season. Has a very high ceiling if we dive headlong into the finesse ZBS offense.

Jamon Meredith (S. Carolina) - Elite athlete who appears to be fairly intelligent, but doesn't have great production. Despite his 31 bench reps at the combine, he doesn't play very strong or aggressively. Risky pick, but high upside.

Gerald Cadogan (PSU) - With all the talk about Shipley, we’ve neglected a potentially better pro off I80. Even though he’s not the best fit in the ZBS, Cadogan could be a very good value in the third. He’s well rounded with a solid frame and build, solid athleticism, good intelligence and character, and good technique. He might be an upgrade right away at RT.

Xavier Fulton (Illinois) - Has the tools to be a top flight OT in the NFL, but is still learning the position. Short for LT, but has long arms. I wouldn't mind giving him a look with Faneca's comp pick.

Lydon Murtha (Nebraska) - One more amazing athlete without great tape. He wasn't really on the map for a lot of people before putting together one of the most ridiculous combines I've ever seen for an OT. He literally finished first among OT's in 10, 20, and 40 yard splits, vertical, shuttle, and cone drills. He slacked off in the broad jump, missing first by an inch. I question how much these numbers should raise his stock, but it does show that he's a very good athlete by a number of measures. If the Raiders don't take him earlier, he'd be an interesting option in the 5th or 6th. He also has some injury concerns.

About Some Of The Prospects: INTERIOR OFFENSIVE LINEMAN

Alex Mack (Cal) - A lot is written about him elsewhere on this site. Not the ideal ZBS center, but would handle big NT's better than some. Very well rounded game. He's probably the best center of the class, but not by everyone's opinion. Is he worth spending a first on when there are a number of other similarly good centers?

Max Unger (Oregon) - Incredibly intelligent and versatile lineman. He could be a very solid center or guard, and he could fill in decently at tackle if needed. Very tough and competitive.

Jonathan Luigs (Arkansas) - Luigs has everything you're looking for in a zone blocker - he's very smart and aware, he has good lateral agility, and he's a solid pass protector. However, he has fairly poor lower body strength and could really struggle to handle the big NT's we're going to see every year. Sean Mahan, we have not forgotten you.

Antione Caldwell (Alabama) - Not your ideal ZBS center, but he is well-rounded and can anchor against NT's. He should be ready to step in early. A poor man's Mack.

Tyronne Green (Auburn) - Still learning offense after starting college as a DT, but he's strong and athletic and could ultimately be a solid center or guard. He'll need some time to develop, but could be a good value.

A.Q. Shipley (PSU) - Tough as nails, very determined, but he'll need all the determination he has to make it in the NFL. He's too short and not enough of an athlete (despite a very solid combine) to be a sure-fire prospect at center. Still, you have to like his character, and I'd think he'll at least be a passable backup.

Jon Cooper (Oklahoma) - Part of a very productive Oklahoma offense. Very good in pass protection, great athlete, sounds like a perfect fit as an IOL in the ZBS. He needs to get stronger and he did have some strange weight fluctuation that will have to be medically checked out to ensure he's not Kendall Simmons or Sean Mahan.