IX- Possible Steelers first round draft pick Alex Mack was profiled in a yahoo sports article yesterday.  Mack seems to be very intelligent and has a good head on his shoulders. If only there was more in depth coverage like the profile of Mack for the rest of the upcoming superstars of the NFL rather than the junk that ESPN and the NFL Network keep re-running.

X- If you haven't already signed up for the BTSC NCAA Tournament Pick-em contest, you can do so by clicking here.  For more information on the contest you can visit the original fan shot, and don't forget if you have questions to email me at btscmilkshake@gmail.com .  President Obama has Pittsburgh, North Carolina, Memphis, and Louisville going to the final four in his bracket.

XIII- You know who is NOT scary?  The Cincinnati Bengals.  Carson Palmer is throwing  again after an injury filled 2008 in which he only played in 4 games. 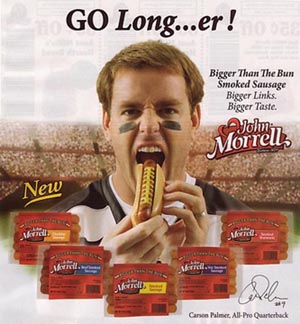 XIV- University of Pittsburgh Long Snapper, Mark Estermyer, says that being a Long Snapper for the Steelers would be his dream job.  Since the Steelers already have two long snappers on the roster the likelihood of the Steelers drafting or signing Estermyer as a free agent are probably pretty slim.

XL- Everyone has heard the news that Dan Rooney was nominated for the position of Irish Ambassador, which is a great honor for Mr. Rooney and all of Steeler Nation. When the news was announced I was wondering a little about how it would affect the Steelers on a day to day level.  The Post Gazette sums up how not only the Steelers, but the NFL will be losing one of their most important figures for the good of the country.

XLIII- Slow news from the Steelers camp this week, but a nearby team is ruining what little they have left as far as lockeroom chemistry.  Shutdown corner sums up my feelings pretty well on the whole situation with Terrell Owens and his Number 81 for the Buffalo Bills.  It shows a lack of class from Owens (big surprise) and from the Bills as an organization in my opinion.