Steeler's news is few and far between this week, so I decided to take today's six pack on a tour of some of the best articles written from around SB Nation this week.  SB Nation has many great blogs besides Behind the Steel Curtain and hopefully this will expose you to some other amazing sites.

IX- Fans of the T.V. show "The Wire" should get a kick out of this article from over at Burnt Orange Nation.  The article takes guesses at what teams the characters from the Critically Acclaimed T.V. show would be rooting for during the N.C.A.A. tournament.   Now that I read that article I am more excited to go and watch my DVD's of "The Wire" than I am to watch the tournament.

X- There's at least one team in the NFL that has been less active than the Steelers in Free Agency and that would be the Chicago Bears.  The Windy City Gridiron has a piece on the pros and cons of staying away from the high risk game of Free Agency.  The Steelers and the Bears are run very similar and I feel the pain of the Bears fans who have been struggling to stay competitive without a strong starting quarterback.  I know Steelers fans can remember some of the terrible quarterbacks we had before Ben came to our rescue.  One of them even went and played for the Bears after we got rid of him. 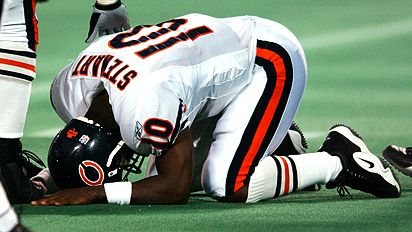 XIII- "A's Nation" was the original blog that founded SB Nation and is one of the most popular baseball blogs on the web.  They recently conducted an exclusive interview with Jason Giambi, who was signed by the A's after the N.Y. Yankees decided not to pick up his option for the 2009 season.

XL- The Arizona Cardinals became known as "Pittsburgh West" when former Steelers offensive coordinator, Ken Wisenhunt became head coach in 2007.  The Baltimore Ravens are experiencing a similar trend right now with former defensive coordinator, Rex Ryan taking over the New York Jets this season.  Rexx over at Baltimore Beatdown has a compelling argument why he believes the Jets are becoming the "Ravens North." For some more analysis on defense be sure to check out one of the best articles from BTSC in a while from WolfpackSteelersFan.

XLIII- Even though the Steelers news is at probably the slowest point of the year, the two other Professional teams (if you still count the Pirates) are getting ready to ramp up.  Be sure to check out this great information from Pennsburg on the Eastern Conference playoff picture, and from Bucs Dougout a post on why the Pirates are still a ways away. 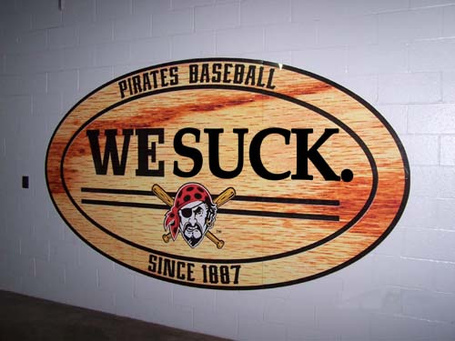