IX- Our week one matchup for the 2009 season will be on Thursday September 10th against the Tennessee towel stompers Titans.  I am putting in a vacation request today for Friday September 11th to recover and relax.  For some discussion check out Sn0wBallz fanpost on the subject to discuss our imminent victory. 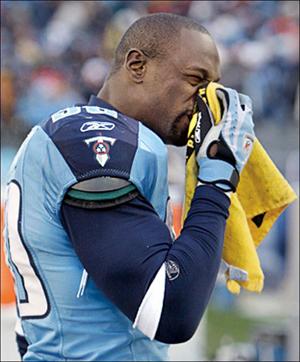 X- A cool youtube video courtesy of Pittsburgh Sports and Mini-Ponies.  The video is of Lynn Swann jumping over a car behind the End Zone.  Older Steeler fans may remember the video, but many of us will be seeing it for the first time.  Luckily Swann wasn't injured on the play because it surely looked like he took a hard fall.  We have two Super Bowl MVP's at WR on the roster, but can either jump over a car?

XIII- Everyone is familiar with Dan Rooney's new appointment as U.S. ambassador to Ireland, and Blog N' Gold is hoping he can at least do something to help out Steeler Nation by having U2 perform at Hinez Field during their upcoming tour.

XIV- Free agency continues to move at a snails pace in Pittsburgh, and the Tribune Review says fans shouldn't be worried as this is just business as usual.  One under-the-radar free agent that has been discussed at BTSC, Defensive Tackle Shaun Cody formerly of the Detroit Lions, was just signed by the Houston Texans.  Marvell Smith reportedly also has a contract on the table with the 49ers but doesn't seem too pleased with the numbers.

XL- Julius Peppers' stated publicly that he wanted to play in a 3-4 system to finally realize his potential.  His current team, The Carolina Panthers, have placed the franchise tag on Peppers in order to retain his services for at least the 2009 season.  Their have been rumors that the Patriots were interested and since they run a 3-4, they would meet Peppers' criteria.  The Steelers Defensive Line coach, John Mitchell, was interviewed briefly by the Rock Mountain Telegram and explains how interested the Steelers are in Peppers' service.

XLIII- Start thinking of names for a Arena League Football franchise in Pittsburgh.  The only thing that comes to mind is the Pittsburgh Second Fiddles, because I don't see them gaining any sort of following as long as the Steelers are in town.  Arena League football didn't work in Pittsburgh the first time, not sure if it will in 2010.