IX- Ben Roethlisberger's family will be rooting against Pittsburgh on Sunday, but for a good reason.  Ben's sister, Carlee Roethlisberger,  and the number one seed Oklahoma Sooners will be taking on the number four seed Pittsburgh Panthers in the woman's NCAA tournament.  Ben might have two Super Bowl championships, but Carlee broke Ben's high school basketball record for points scored of 1,095.

X- Who dey! Who dey! Who dey think gonna be exactly like the Pittsburgh Steelers?  The Cincinnati Bengals, that's who, according to an article in the Post Gazette, Marvin Lewis desires to be a franchise like the Steelers and looks to turn things around in Cincinnati. 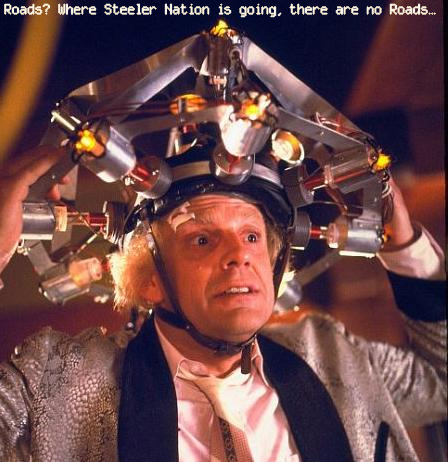 XIV- Steelers player are almost all active in their community and here are two nice examples of how the Steelers and their players contribute to not only Pittsburgh but also other areas of the country.  Nick Eason is helping in with talent shows and church functions in Savannah, Georgia and Darnell Stapleton is helping out at an elementary school in his hometown.

XL- One of these years I am totally going to be "that guy" and go to the Steelers Men's Fantasy Camp.  This year's event takes place on June 5th-7th at a cost of $599.00.  It will feature special guest speaker, Hines Ward, along with other notable Steelers current players and alums including Daniel Sepulveda, Dermontti Dawson, and Louis Lipps.  It will be more pathetic than me at Steelers' training camp last season. 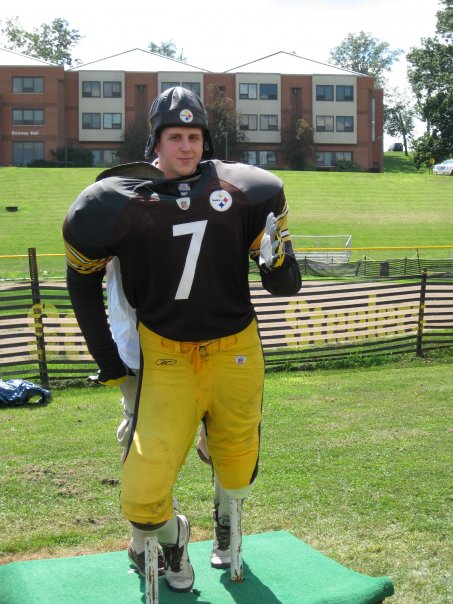 XLIII- Louisville center, Eric Wood worked out on yesterday in front of representatives from 20 NFL teams, including the Steelers.  On hand at the workout were Kevin Colbert, as well as Player Development Directory, Ray Jackson.  It sounds like from Jackson's qoute that the Steelers would be interested in selecting Wood in the second round.  Perhaps we would trade up?