Share All sharing options for: SFOM, McGovern's and Steeler Nation

"We are Steeler Nation. Everything else is just background noise."
- Homer J

"Homer" wrote those lines on a posting on Behind the Steel Curtain, thus encapsulating the essence of how I've tried to describe what being a Steelers fan is.

Kudos to him. Writing for the Washington Post for multiple decades gives you that kind of ability.

We hear tales of running into fans on the street, and how brief exchanges of celebration or quick opinions on this or that, or where we lived in Pittsburgh are the common results.

While I always enjoy those, especially hearing where they happened, the Steelers, to me, are defined in the gathering of those outside Pittsburgh.

It's the rush to get to the place where you're watching the game, only to find about 150 people have beaten you there, even though it's 11 a.m. It's knowing there are two dozen TVs, and not one of them will be showing another game. It's the wait staff adorned in black and gold despite not having been Steelers fans prior to the group's arrival.

That sort of culture transcends just about anything else.

Steeler Nation exists at McGovern's Irish Pub in downtown St. Paul, and the background noise is discarded when the Steelers Fans of Minnesota descend upon it. 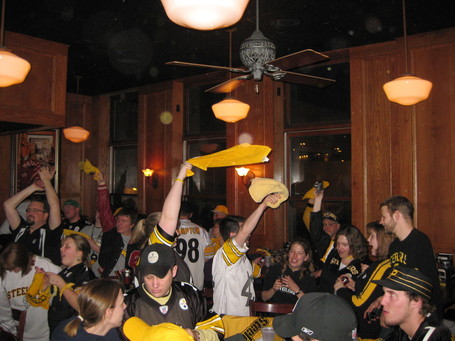 Since I live in the Twin Cities area, I have been to McGovern's dozens of times. A fine establishment, no doubt. It's the best summer weekend patio spot in St. Paul.

I couldn't have been happier when Steeler Fans of Minnesota leader Glen Leonberger told me McGovern's was the new home of the club.

Great food, even better atmosphere, their upstairs bar area is perfect for a group of our size and die-hard loyalty.

My fiance and I showed up for Week 1 vs. Houston and despite the venue change, it was obvious the club was still true to its roots. The same people were arriving at roughly the same times they had in previous years, and there were still the same cat-calls toward the CBS announcers who picked Houston to score an early upset. 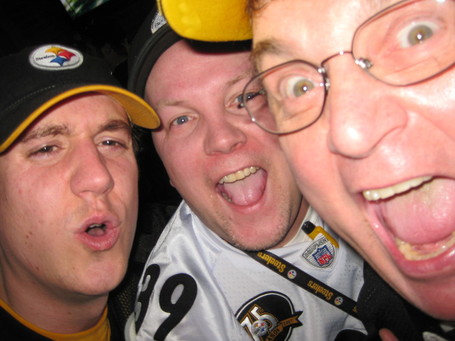 It wasn’t long until my fiancé and I decided our rehearsal dinner would be held at McGovern’s.

During the playoffs, the club picks up a much more fervent attitude, but the regular season is much like it was that September morning. Mayor Paul is armed with a bullhorn and a Diet Coke, Glen anxiously counts the gate, sets up the raffle prizes and schmoozes with management. Volunteers hand out tickets at the door while attendees exchange pre-game high-fives while waiting for their hand-stamp.

SteelerBro and I have been attending this club's weekly gatherings since 1996, and this exact atmosphere - the buzz, the nervousness, the way 300 people are focused hard on the pre-game and cheering vigorously for those teaser shots of Ben warming up - is the reason we consider ourselves strong members of Steeler Nation.

McGovern's caught us at the perfect time. Their management and wait staff brought in a massive group of people, and fostered a relationship befitting a simple group of fans who want to absorb Steeler Nation. Completely devoid of a bad seat, an attentive and friendly wait staff takes orders and refills glasses at a pace befitting such a dedicated group.

It's tough to get that at your local bar. 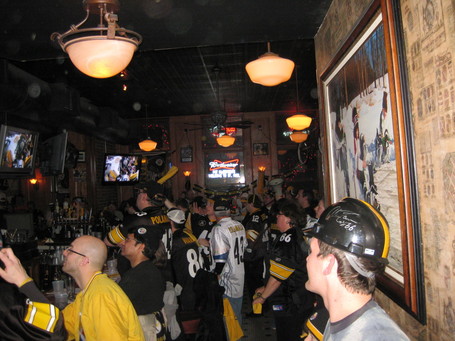 At the local bar, you cannot truly feel a part of the Nation the way the SFOM did at McGovern's, and thankfully, will continue to feel during the Stairway to Seven.

That feeling resides in my memory of defeating the Hated Ravens in the AFC Championship game. It's in the memory of getting a few Los Angeles Kings players to wave Terrible Towels after clinching a Super Bowl berth. It's in the memory of me shouting "WE'RE GOING TO THE SUPER BOWL!" and hugging random people after The Interception.

It's even in the politeness of the other fans, even the cute woman with pigtails (shhh...) whom I bumped into and spilled on. She even gave me a hug when I apologized profusely, saying I was too excited to hold onto anything.

(Note: don't spill on other patrons)

McGovern’s caught a break in hosting the SFOM during a fantastic season. Minnesota-based Steelers fans caught an even bigger break in getting to know McGovern’s, the SFOM and melding the two together throughout the team’s record- setting One For The Other Thumb drive.

SteelerBro and I and our respective lady friends will be at McGovern’s at the first snap of the new season, embracing Steeler Nation and ignoring all background noise.