IX- I found some homework for Mel Kiper Sr. Highschoolsteeler, and the rest of you BTSC draft guru's.  According to the Las Vegas Sun the Steelers were very interested in Frank Summers a Fullback from UNLV.  The Steelers has a handful of scouts at his pro day on Thursday and one Steeler scout even called him a "junior bus."  He looks like a beast and certainly has the size to be a real bruiser, consider me excited. 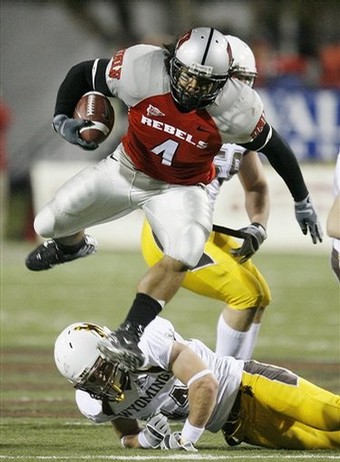 X-  The Green Bay Packers are switching to a 3-4 defense this year and are looking to bring in some free agents with experience in the scheme.  The Packers brought in Steelers former third round draft pick Anthony Smith earlier in the week for a visit according to the Milwaukee Journal Sentinel.  The most interesting part of the article to me was that Dick Lebeau said he was open to working with Smith, but Mike Tomlin made the final call to let him walk.

XIII- Totally non Steeler related but quite funny; Chris Cooley of the Redskins posted an entry on his blog about why Jason Taylor hates money.  It is amazing how much money NFL players earn to stay in shape.  Chris Cooley gets paid $100,000 bonus every year to participate in offseason workouts; Casey Hampton's has obviously never seen an offseason workout bonus. 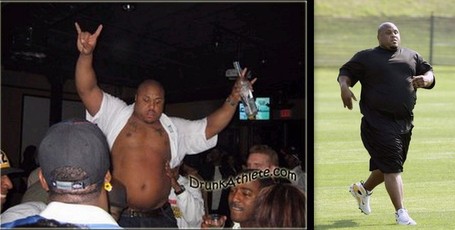 XIV- Dick Lebeau says that James Harrison and Lamar Woodley have plenty of room for improvement and thinks the defense can be even better in 2009.  31 NFL Quarterbacks screamed like little girls after hearing the news.

XL- I have finally found something good about Cleveland.  At cleveland.com they have compiled a database for every teams' draft choices since the start of the draft in 1936.  Pretty cool resource for those of us who like to research the NFL draft.

XLIII- If you need proof that Steeler Nation is everywhere; check out Pittsburgh Sports and Miniponnies.