We continue on with the 2009 version of the BTSC Community Mock Draft with the San Francisco 49ers' selection at #10. I have filled in at this slot so the write-up again will be brief as we head into the middle third of the mock draft. Next up? steelguy99, who will be selected for the Buffalo Bills. And in case you don't have it, remember to email me your selections with links to any images you may want at behindthesteelcurtain@gmail.com - Blitz- 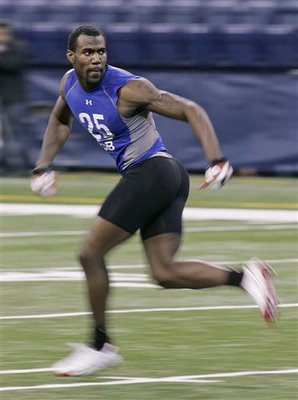 With the #10th pick in the BTSC Mock, the San Francisco 49ers select Malcolm Jenkins, the 2008 Thorpe Award Winner out of (the) Ohio State University.

With the interim tag removed from Mike Singletary this offseason, the mercurial and never shy head coach can continue going about rebuilding and remolding the once proud franchise in his mold. To me that means much more attention to defense than was the case during the heading into the 2009 season,

The 49ers were not very good against the pass in 2008. When you consider the fact that they were behind more often than they were ahead, the final statistics for the 49ers pass defense last year have to be particularly concerning if you're a 49ers fan. Sure, Nate Clements is plenty capable on one side, but the 49ers might be well served upgrading opposite him sooner rather than later. 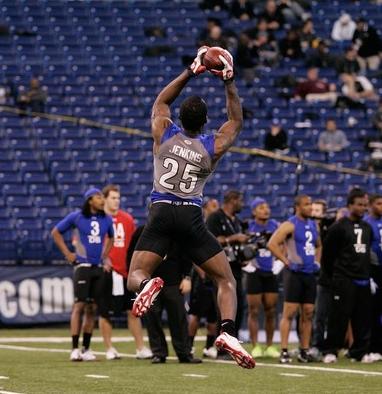 Penciled in at #2 currently is Walt Strickland - a fine player, but old. He's 34 and will turn 35 during the season.The team does have some depth at the position - Shawntae Spencer, Marcus Hudson and Tarrell Brown most notably - but in my estimation, Jenkins is the best defensive player still on the board in our draft. He's not just a good cover corner either. At 6'0" and roughly 200 pounds, Jenkins is no slouch in the running game, and certainly not afraid of being physical and getting his hands a bit dirty so to speak.

And as an added bonus, both Jenkins and Clements were Ohio State guys. That position could very well be taken care of for the foreseeable future if the 49ers were to go this route.