The BTSC Mock Draft moves on with the Buffalo Bills pick being submitted by the seemingly omnipresent steelguy99. Many thanks to him for the timely pick and for all his other hunting and gathering of news and information from around the world of football for us here at BTSC. The pick's somewhat of a controversial one, as the selection is a guy scouts seem to either love or hate as a 1st round talent. Let's go to the write-up and see what steelguy99 had to say about the pick. Next up? The Denver Broncos, with Air Holmes selecting for the suddenly tumultuous franchise. 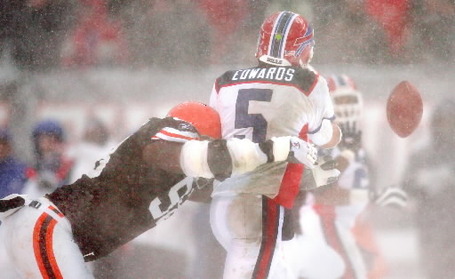 The Bills are an incomplete team on both sides of the football. 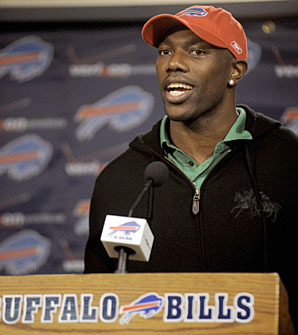 Last year the Bills offense was lackluster rating just 25th despite playing a schedule comprised of many soft defenses, though their QB missing a few games didn't help. They need more help on the offense than they do on the defensive side of the ball, despite acquiring Terrell Ownes recently. But where exactly they need the help is difficult to pinpoint. Going into FA, on the offensive side of the ball they had a QB that is competent, RBs that can run, Tackles that can block, and one WR that is dangerous. Their TEs delivered mediocrity in spades and helped take the same amount of pressure off of Lee Evans as much as the rest of the WRs on the roster: none at all. The Bills desperately need someone to take the heat off of their main man at WR, and having someone to further improve their run game would be a nice bonus. Since FA the Bills have picked up T.O. and someone they'll hope to fill the center of the line.

The Bills spent a 2nd round pick on WR James Hardy last year, but he did not deliver due to to an ACL injury. They will be hoping to get him back to play opposite Evans this year. Before they picked up T.O. I thought it would be unlikely that the Bills would pick up a WR unless a guy like Crabtree fell, but now I think that WR can be taken off the list. Pettigrew is a solid consideration here for his ability to be open on the underneath routes and at the same time can also help open up holes in the run game. 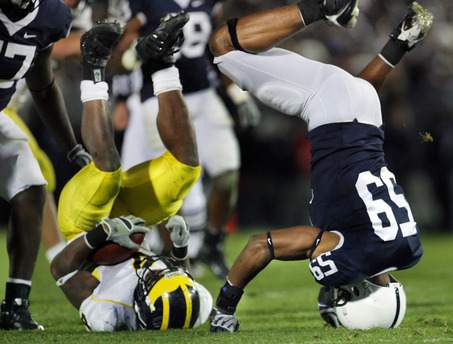 If the Bills were picking at #22 this would likely be my pick, but as they are at #11 I think it's a bit early and there is better value elsewhere. In the actual draft trading down may be a real possibility for the bills as I sincerely doubt any team would pick Pettigrew at 11, even a team that really needs his abilities. If the Bills do pick him up though their offense could improve greatly, assuming Lynch can actually play. The defense of the Bills was stronger than the offense, but nothing too amazing. They could use a guy at every level, most importantly up front. The bills were weak against the run and just about the worst in the NFL at generating pressure on the passer. Most believe a top-tier DE would help them the most, someone able to stop the run and get after the passer. A solid 1st round LB would also be a good option to help with both. 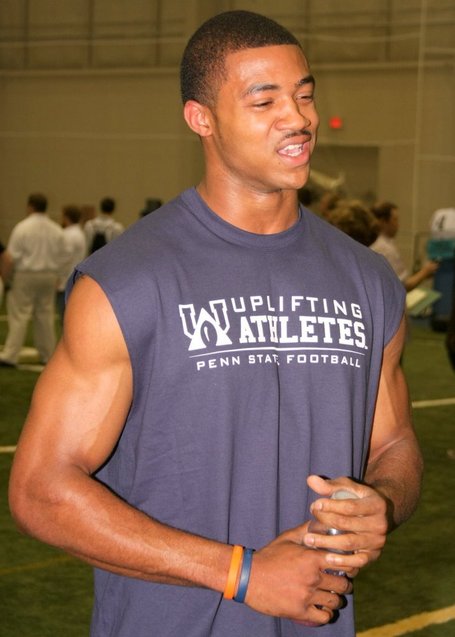 A few options this year for what the Bills need at DE. Primarily they will be looking for someone to rush the passer and ideally someone who can make tackles against the run. If a strong LB like Curry falls the Bills may take him as well. Someone on the defensive line who can come in and play immediately would be optimal, as the Bills won't be drafting for depth but for starters.

Basically my selection is BPA for a run stopper/pass rusher. I'm not a scout and my selection is solely based on perceived needs of the Bills and players that can improve this area of deficiency. Curry, Everette Brown and Orakpo all would have been good picks for the Bills if available, but since they are off the board I have the bills picking Aaron Maybin. Unfortunately he doesn't really help the Bills much with their run defense, but he fills the necessity to rush the passer very well. If Aaron Maybin is off the board I very much believe the Bills trade down, but in this mock he is still around.