IX- Big things are expected of Limas Sweed next season from fans, coaches, and the media after a slow start to his NFL Career. The further along we get in the off season the more confidence the team seems to be showing in Limas; but Mike Tomlin is quick to point out that talk is cheap.  Mike Tomlin stepped in when Limas was talking to the media, and told him:

"Don't talk too much, Under promise, over-deliver."

X- Bryon Leftwich earned a lot of respect from Steelers fans with his performance last season, when asked to step in he did so admirably and was a class act throughout the season and offseason.  It's sad that he must move on, but I think most Steeler fans are glad he has been given an opportunity to compete for a starting job and has been given a decent contract as well.  The contract is reportedly worth 7.5 million, which is a sizable increase from the contract the Steelers were able to offer him.

XIII- With Leftwich gone the Steelers front office is now tasked with deciding on what other quarterbacks will join the team to help with the back-up quarterback role.  Mike Florio of profootballtalk has one controversial scenario; what if Pittsburgh drafts Pat White and decides to develop our own version of the wildcat with Pat White and Dennis Dixon both having opportunities to play a big role. Unfortunately Mike Florio must not understand that Bruce Arians' idea of offensive creativity is a QB sneak on 3rd and 6. 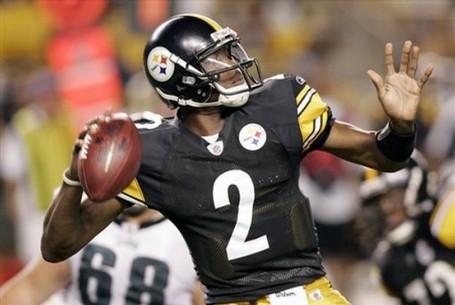 XIV- Scott Brown has a complete listing of the prospects that Pittsburgh has brought in to visit the team.  One thing of note that Brown mentions is only three of the prospects are possible first round picks, Mack, Moala, and possibly Loadholt.  To me this signifies Pittsburgh is keeping their options open in hopes that a prospect falls to them like Mendenhall did in last years draft.

XL- Has James Harrison already signed his contract?  The Pittsburgh Sport Examiner has a confirmed from an unnamed source that he has and that details will emerge later this afternoon or tomorrow morning at the latest.

XLIII- The NFL schedule will be released tomorrow night at 7pm during an NFL Network prime-time special.  This is the first year the schedule has been released live on television and my personal opinion is that this might be the start of the NFL over-exposing their brand and quite possibly jumping the shark. 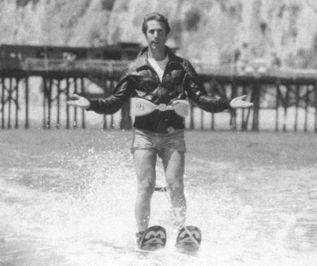