Many thanks to WolfPackSteelersFan for the insightful writeup and selection for his (current) hometown team, the Atlanta Falcons. One of the reasons our draft has gotten so many good writeups and such solid analysis in my opinion is the fact that many of us are spread out over the country near or in the markets of the teams we volunteered to write for. Good stuff. Next up? Here We Go and the Miami Dolphins. - Blitz- 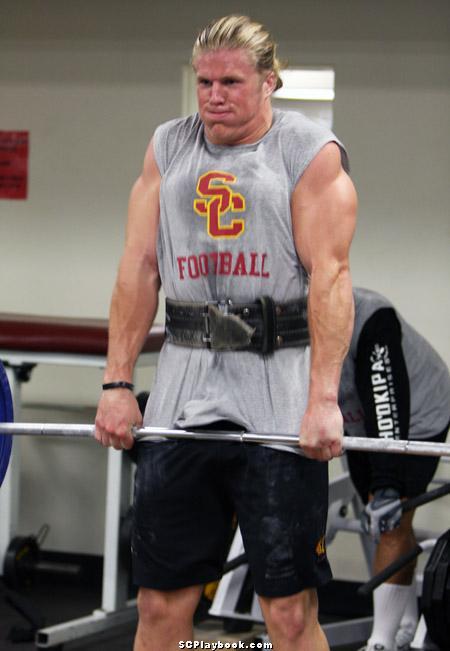 Well, I have to say it's a little more difficult to mock pick for a team at pick number 24 than it was last for the Falcons at pick number 3. But, I have decided to follow a formulaic approach. First off, I got some ideas for the Falcons' draft needs from this post at The Falcoholic, SB Nation's Atlanta Falcons blog. The post gave input of Falcons fans as to what they thought were the biggest needs. As I already thought, most believed that the greatest needs were on defense, particularly OLB, DT, and SS, not necessarily in that order. Although the Falcons had an excellent season last year, I saw their game against the Vikings and their defense was gashed by Adrian Peterson. Were it not for several timely turnovers (from a Falcons perspective), the Vikes probably win that game going away, instead of losing as they did. So, clearly, their biggest needs are on defense. In fact, the offense was quite good last year. Their rushing offense was, I believe, number 1 in the league, with Michael Turner leading the way. And, Roddy White really helped Matt Ryan have one of the best rookie seasons any QB has ever had. White has clearly developed into an elite WR.

Having established the areas of greatest need, I next needed to simulate a draft board. Since I'm not a professional scout, and my internet access is limited now, I decided to use Scout.com's NFL Draft player rankings. So, based on these rankings, I decided to track if any player was enough of a value to take even if he did not fit one of my top needs. If I had my choice, I'd take an elite DT, but BJ Raji and Peria Jerry came off the board early. So, a couple of weeks ago, I began thinking of taking either Clay Matthews or Brian Cushing.

Cushing is already taken, and for a little while it was looking like I might go with Michael Oher, as he was rated number 12 on my board, and may have been too great a value to pass up. The Falcons did take Sam Baker last year, but he had some injury problems, and the Falcons could use more quality depth on the OL (who couldn't? :) ). But, as I expected, he went to the Eagles at 21 (perhaps less likely now that they have Jason Peters). But, anyway, none of the other remaining best players in this value range:  Knowshon Moreno, Chris "Beanie" Wells, Percy Harvin, Tyson Jackson, Vontae Davis, James Laurinaitis, or Hakeem Nicks were rated much higher than my choice. Laurinaitis and Jackson may help on defense, but they are in positions of lesser need than my choice: Clay Matthews, LB, out of USC. Laurinaitis is a MLB only, and drafting Jackson would represent giving up on Jamaal Anderson a little too soon (i.e. chasing one perceived draft mistake with another high pick). Other remaining players, like Nicks, Moreno, or Wells, would be in positions of strength for this team.

Therefore, I went with Matthews. Most of my reason for choosing him here came from input I gained watching Mike Mayock on the NFLN's Path to the Draft and NFL Total Access. Matthews is very versatile. According to his profile on Scout.com, he can play all 3 LB positions, has great tackling technique, and is very fast and athletic. His weaknesses are size and ability to shed a block. Again, I think there biggest need is at DT this year, but the only 2 DTs with first round value are gone already. Therefore, I think this team goes with a value pick at a position of need and looks to fill the DT need in later rounds (perhaps a Ron Brace).