Craig Wolfley is a popular analyst for the Pittsburgh Steelers.  Working for WDVE, Wolf is a sideline reporter for the Steelers flagship station and also is actively involved with pregame, postgame and locker room shows.  Wolf was drafted by the Steelers in 1980 in the fifth round out of Syracuse and played for Pittsburgh during the entire decade.  He brings a wealth of experience from both the old days and recent times and brings that experience directly from the trenches.  Wolf's day job is owning a sophisticated gymnasium in Bridgeville, featuring power lifting, martial arts and specialization in boxing and other highly-trained athletes.  Thanks to Wolf for taking time to chat about the Steelers. 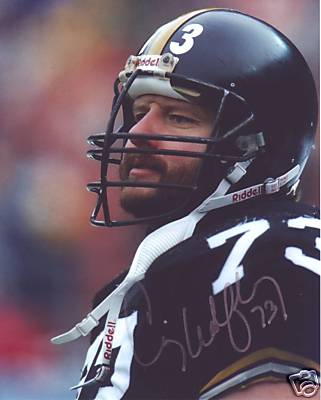 BTSC:  We recently had a discussion about the similarities between Ben Roethlisberger and Terry Bradshaw.  You played with Terry and you've certainly seen enough of Ben.  What jumps out at you when comparing these two great quarterbacks?

WOLFLEY:  Confidence, supreme confidence.  Very few have the level of confidence that Ben has and Terry had.  It's eerie, almost scary.  Guys like that not only handle pressure, they yearn for it.  They're emotionally built for it.  I was on the sideline when Ben took the field for that final drive.  There was a light in his eyes, a grin on his face, like a kid at Christmas.  The rest of us are churning inside and this guy is actually gleeful.  There's something very special about that.  Terry was the same way.  When he came into the huddle he exuded confidence and it's contagious.  When your quarterback radiates self-assurance in a huddle, you multiply it by eleven.  Every guy in the huddle buys into it.  Confidence often separates the great ones from the very good ones.

BTSC:  Fans, myself admittedly one of them, are concerned the most about the offensive line; the sacks, the goal-line stuffs, the Willie Parker one-yard gains.  As a former offensive lineman, how do you feel about the current state of our offensive line?

WOLFLEY:  First of all, I shared a moment with (Offensive Line Coach) Larry Zeirlien after the Super Bowl.  I knew he got beat up pretty good last year.  I reminded him of Toby Keith's song "How Do You Like Me Now?"  To the point, when there are breakdowns, and we had them last year, sometimes you can't see individual improvements due to the breakdowns.  I am really looking forward to this line taking a major step this year.  Offensive linemen aren't like other positions that each year are capable of incremental improvement by themselves.  They're a unit.  Guys need to play with each other and understand what each other can do.  There were too many breakdowns last year, many caused by the fact that four of the five line positions being new guys.

BTSC:  What, if anything, impressed you the most last year on the offensive line?

WOLFLEY:  I thought Justin Hartwig was exceptional.  He was just a notch below Jeff Hartings and mind you, this was his first year with a new team and new teammates.  I thought Max (Starks) got better as the year wore on.  He really grew into that left tackle position.  Chris Kemoeatu has terrific upside, he really does, but he's so darned inconsistent it's frustrating.  If the coaches can find a way to get more hot and less cold we could really be happy with this guy.  Willie Colon is making strides and Stapleton got thrown into the guard position when Kendall Simmons went down.  Considering Stapleton is really a center, he did better than I thought he would do.

Unit-wise, you've got to be impressed by the way the line played under the most duress; against Jacksonville, against San Diego, against Baltimore twice, against Dallas and finally the Super Bowl.  Some very good defenses knew that we had to throw, yet they couldn't get to Ben.  On one hand it's frustrating that it takes urgency to bring out the best in them.  On the other hand, the coaches feel they have the capacity.

BTSC:  We've heard many say that Colon is really a guard playing tackle.  What is your take on that?

WOLFLEY:  Colon is not a guard, he just looks like he should be one.  He doesn't have the tools to play guard in this league.

BTSC:  You were part of many great games in the Browns-Steelers rivalry.  I make no attempt to hide my disdain for the Cleveland Browns.  What one thing do you remember most about that rivalry?

WOLFLEY:  Tunch Ilkin used to get anxiety attacks where he would throw up alot.  You never knew when they would happen.  Even in training camp, he would throw up at any time.  Anyhow, we're playing the Browns in a preseason game in the early 80s.  Tunch is standing next to me in the huddle and I notice vomit on my foot.  Tunch is gurgling.  We broke for the line and I could hear his stomach.  I'm thinking, this could be great.  On that particular play, I was assigned to help Tunch double-team their defensive tackle, Ron Simmons.  Right at the snap, as if it were choreographed, we both lunge at Simmons and Tunch lets it loose.  I'm not talking about a dribbler, I'm talking about a gusher.  He heaves right in Simmons' face and the guy goes crazy.  We didn't need to block him.  He was PO'd beyond belief, Tunch is sick and I'm laughing hysterically.  The next play he still has chunks on his face and he lines up four yards behind the ball.  Tunch didn't have to block him the rest of the game.   I'm still laughing.

BTSC:  One final thought, who might have a breakout season in 2009 for the Steelers? 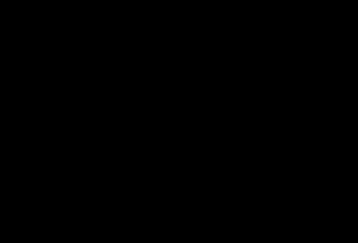