IX- The NFL draft is finally almost here.  This Saturday and Sunday are one of the first signs of a new football season and we will finally get a better picture of the new team that will be sporting black and gold on Sundays.  No Steelers' draft 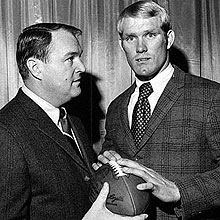 discussion should be held without the mention of the greatest draft class of all time, the 1974 Pittsburgh Steelers draft.  It produced 4 hall of famers, Lynn Swann, John Stallworth, Jack Lambert, and Mike Webster.  The Tribune Review recaps that draft as well as the draft strategies of Chuck Noll and the current staff, and the 74' class also won ESPN's poll of greatest NFL drafts.

X- The casual football fan may not of heard of Kevin Colbert, but  two Super Bowl Championships in the past four years are proof that he should be ranked in the top echelon of NFL executives.  Bob Smizik  and the Tribune Review have both reviewed his success since coming to the Steelers in 2000, and Colbert himself seems to be very similar to Mike Tomlin in his no-nonsense approach to the NFL.  Colbert says:

"If you miss on a first-rounder, to me, that's something that's inexcusable."

XIII- Steelerfury has a contest over at their site that I know should interest some BTSC faithful, Datruth4life, and HighSchoolsteeler come to mind.  The contest is basically creating a Steelers mock draft plus three bonus picks, for full instructions and rules, check out their site.  Make sure when you submit you're mock that you put that you're from Behind the Steel Curtain, and your BTSC username.

XIV- Mike Tomlin's impact on the Steelers' football team will continue to expand as his tenure increases and if "his way" continues to help the team win championships his input will shape Pittsburgh football for years to come.  In a recent article on the Steelers official website Tomlin discusses what he is looking for from the players he drafts, and it's much more than a physical specimen, he is looking for men with character. Tomlin says:

"The things that helped us win in 2008, the collective personality of our football team in 2008, are some of the characteristics I'm looking for in terms of individuals in the draft," said Tomlin. "In terms of specific positions, I'm not so concerned about that." 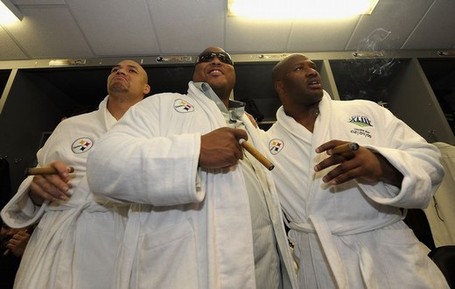 XLIII- This time of year the draft is king and every sports site is trying to put a different spin on the draft.  ESPN.com has compiled the "Mock Draft for the Ages", which allows every college player to be entered into the 2009 draft order, and NFL.com has the "Ultimate mock draft" which analyzes the best players ever taken at each of the 32 spots in the first round.