With the 168th Pick of the 2009 NFL Draft, the Pittsburgh Steelers Select Joe Burnett, CB, University of Central Florida

Share All sharing options for: With the 168th Pick of the 2009 NFL Draft, the Pittsburgh Steelers Select Joe Burnett, CB, University of Central Florida

The Steelers had back to back picks at the end of round five, and have used the first of the two to add depth to a young and talented group of defensive backs.  Joe Burnett, a 5'9, 190lbs cornerback from the University of Central Florida was selected with the 168th pick in the 2009 NFL draft.  I personally don't know that much about Burnett, but he had a very productive collegiant career and will look to compete for a role more than likely as a nickle and dime corner in the first year.  According to NFL.com:

The four-year starter was named first-team All-Conference USA at cornerback and kickoff and punt returner as a senior. A bit smaller and slower than most teams would like in a starter, Burnett is a strong, confident Tampa-2 corner in the making. 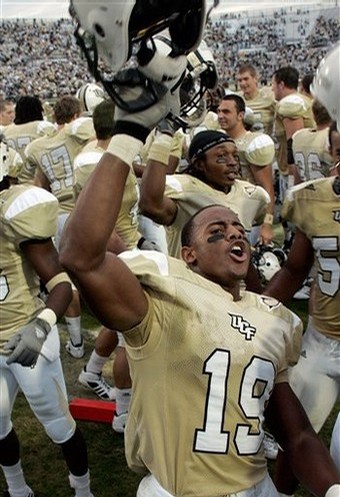