IX-  Former Detroit Lions and St. Louis Rams' wide reciever, Shaun McDonald, signed a contract with the Pittsburgh Steelers today.  McDonald is only one season removed from his best season as a pro where he posted 76 catches, for 943 yards, and six touchdowns.  What's more amazing to me is he accomplished this as the third wideout on a team with a pair of first rounders in Roy Williams and Calvin Johnson.  McDonald could probably characterized as a poor mans' Wes Welker.  Thanks NYSteelersFan4 & Steelerschatpack for the tip on this one.

X- Ziggy Hood recently did a radio spot with ESPN radio in Pittsburgh on Wednesday and talked about everything from how he got the nickname Ziggy to addressing the criticism of his lower body strength.  According to Ziggy he can squat 720 pounds, so maybe he does have reason to call the NFL defensive player of the year" "little."

XIII-- Best friends since the age of seven, Mike Wallace and Keenan Lewis were both drafted in the third round by the Pittsburgh Steelers.  Lewis and Wallace seem eager to compete against each other in training camp and excited about making an impact on a team that has very few weaknesses going into the 2009 season.  ESPN has video of the two being interviewed on yesterdays' "First Take".

XIV- Fifth round pick Joe Burnett was not only a football player in high school, but also a point guard for the Eustis High School men's basketball team.  He was so fast on the basketball court that he was even nominated for the McDonalds All American team.  Considering Santonio and the rest of the Steelers struggled to tie some members of the California University of PA this weekend, they might need Burnett for next years' set of scrimmages.

XL- A.Q. Shipley's biggest knock going into the NFL was his tiny little t-rex sized arms.  In response to the questions on whether or not this will affect his play at the NFL level, Shipley responds; "It makes me work that much harder to improve the other attributes that I have that allow me to be the player that I have been all through college and will hopefully allow me to be that player in the NFL."  The two most popular picks the Steelers made this season might have come in the fifth and seventh rounds. 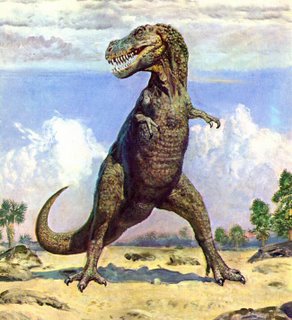 XLIII-   Another amusing look at the 2009 draft class from Deadspin contributor and DC Steeler Nation creator "Christmas ape".  He always has a way of breaking down Steeler Nation with a sense of humor to accompany his well rounded knowledge of the team.