Onward we go with Air Holmes selecting again, this time for the New Orleans Saints at #14. I kinda like the pick. As a huge Drew Brees fan, I follow the Saints closely. Any type of help defensively is paramount to any sorts of ambitions they have of becoming anything other than a fun to watch but unreliably inconsistent offensive machine. Next up? The Houston Texans, repped by the venerable steeler lifer. -Blitz- 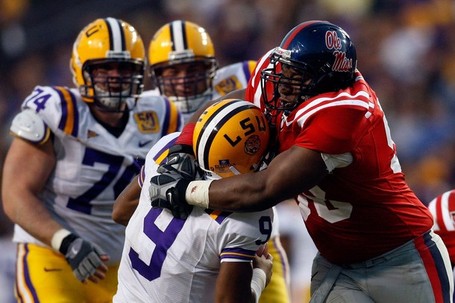 Well, the Saints had some highs and lows last season. Reggie Bush getting injured. Drew Brees playing as the top QB in the NFL(in stats). Now one of their needs t CB is actually pretty wraped up. Randall Gay and Usama Young are a good duo and Jason Davis and Tracy Porter are rising. Some might say take Chris "Beanie" Wells. I don't think you use the #2 overall pick (I believe it was) on a VERY promising RB and then take another in the 1st round a few years later. 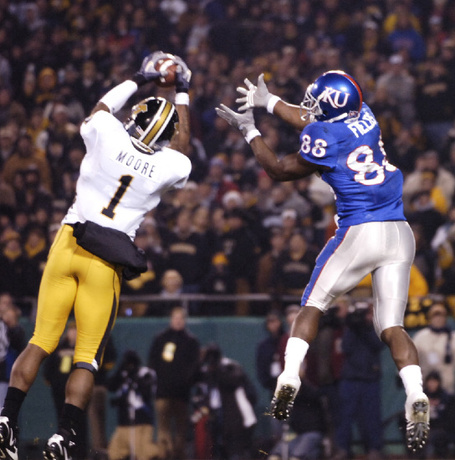 Sean Payton in an interview said that he was pleased with the RB situation. Reggie Bush just needs a healthy year. He can run and catch. The WRs have also grown. Devery Henderson and Marques Colston are another good duo. While Robert Meachem is rising. They take a WR, but not in the 1st round. Now they have a great pair of safetys with Darren Shaper and Roman Harper. Both had a high tackles rate for a safety. They have some old DTs, but Kendrick Clancy is still good along with young Sedrick Ellis. They could use a DT. Now I'm going back and forth on who to pick. Now, William Moore is probably the best safety in the draft. He is athletic and love to grab the ball. He has good size and is very strong. He is tough, physical, and something us Steelers fans like to see, HARD hitting. Kind of like a Ryan Clark. He is explosive and surprisingly a good pass rusher for a safety. He had an amazing 2007 with 115 tackles, 8 interceptions, and 2 sacks. His numbers did go down, though. But, still pretty good. He had 70 tackles, 1 sack, and 1 INT. He missed 2 games also.

I hate to do this, but I'm passing him up. I like Peria Jerry, the DT out of Miss that made that incredible ff tackles to beat Florida. Jerry is very athletic, quick, explosive, and really burns a hole in the offensive line. He is strong and overpowering. like Raji. He has a strong motor and pursues the ball at full thrust. He shows a very important ability, shedding blocks. Great insticts. He will form into one of the best DTs in the league in a couple of years. He missed 2 games, but still had 48 tackles and 6 sacks. He is my favorite two words, run-stuffer. I seem to say that a lot. Jerry is great and has even greater potential. 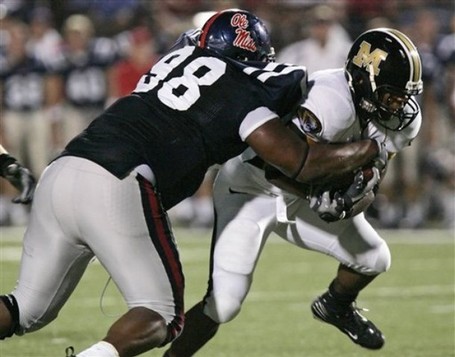