IX- Should the Steelers attempt to trade James Harrison?  The sporting news' Mike Florio thinks so, and also has nine other players that could or should be placed on the trading block by their teams.  I think it is an interesting idea since Pittsburgh has consistently been able to make any hobo off the street into a Pro-Bowl Linebacker. Keep in mind though Florio is also the same guy that said the Steelers wouldn't make the playoffs in 2008. 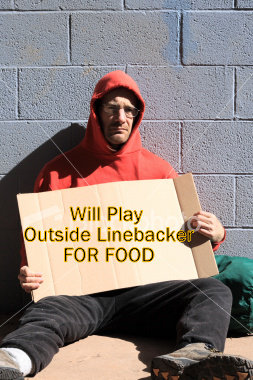 X- By now you should be aware that special teams ace Keyaron Fox re-signed with the Steelers yesterday with a 2 year contract, but few thought he was signing to compete for a starting spot, except for perhaps Fox himself.

"I want to start to be honest with you," said Fox. "I am not shying away from the starting position. Potsie (James Farrior) is one of my closest friends on the team. He has shown me a lot. He flew me to the Pro Bowl with him. We have a great friendship, we know each others family.  "But at the end of the day we are both competitors and we are going to be competing for this starting job. It will be fun. It's going to be a great situation."

XIII- Congrats to the Pirates who won their home opener in a come from behind 6-4 victory yesterday afternoon against the Cardinals.   It's the first time in a long while I can remember the Pirates having a winning record, even if it is only 1-0.

XIV- Looking for a multi million dollar home in Hollywood, Florida? Me either, but former Steeler DE Orpheus Roy is selling his home that he bought in 2004 for $1,917,558 for the 5 bedroom property, and is asking $2,697,500.  I guess the housing market isn't as bad as everyone thinks.

XL- Could Ben Roethlisberger be on the cover of Madden 2010?  PSAMP is concerned thanks to a publicity video talking about the new version of the game and Big Ben.  The Madden curse seems so silly, but really it's hard to not be worried about Ben with the horrific trend of players that have graced the cover in past years. 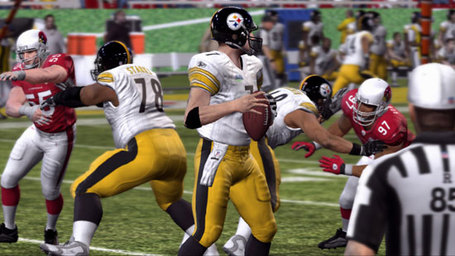 XLIII- The tragedy in Pittsburgh involving the three slain police officers continues to get more bizarre and sickening as further details emerge.  According to the NY Times, Richard Poplawski was an active in a few blogging communities and made hurtful and racist comments that have been traced back to Mr. Poplawski.  It's a sobering reminder that the things you say and post on the internet are by no means anonymous. It also makes me glad that this site promotes positive contributions and level headed thinking.  I'm sure I speak for everyone here that our thoughts and prayers go out to the families of the heroes who lost their lives protecting the city of Pittsburgh.