Just about as thorough and thoughtful of a selection and write-up as our Mock Draft is going to see. No surprise at all from Steeler Mike who always brings the goods when he opts to chime in. Much, much obliged to him for participating. Next up? The New York Jets, who agentorange will be selecting for. 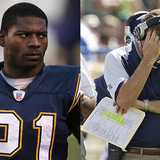 The Chargers are clearly an enigma. What a roller coaster the 2008 season was for the Chargers and their fans. They limp to a 4-8 record through 12 games, and then win their last 4, including a 55-21 thumping of the Broncos in the last game of the year to claim the AFC West crown at 8-8.

The Chargers became the first NFL team since divisons were formed in 1967 to come back from three games down with three to play and win a divison. Charger fans have come to expect stellar performances in December from their team as the Bolts have won an amazing NFL record 14 straight games in December. San Diego has not lost a game in December since 2005, including eight straight at home and six straight on the road. It's also interesting to note, the Chargers are the only team to win their divison the past three seasons (2006-2008). This turnaround, considered by some as one of the greatest in NFL history, earned the Chargers a playoff trip for the fourth time in five years.

An overtime, come from behind (losing 17-14 with 2 minutes left in regulation), thrilling win over the Colts in the AFC Wild Card round continued San Diego's improbable run. Thankfully, their good fortune ran out the following week in the Divisonal round of the playoffs, as the Steelers proved too much for the Chargers to handle. Pittsburgh 35-24.

No doubt, the strength of the 2008 Chargers was its offense. The Bolts scored 439 points in 2008 (New Orleans 463), it's the fifth straight year the Chargers have scored at least 400 points. They featured a 4000 yard passer (Rivers), a 1,000 yard receiver (Jackson), and a 1000 yard rusher (Tomlinson). QB Phillip Rivers led the league and set a new team mark with a passer rating of 105.5 and tied for the NFL lead with 34 touchdown passes. Rivers six 300 yard games, including playoffs, were the most by a Charger QB since Fouts had seven in 1985. Adding to this already potent offense was the pint-sized Sproles who contributed 2,297 all purpose yards and seven TD's for 2008.

The adage defense wins championships certainly holds true for the Chargers. Ironically, as productive and record setting as the offense was, it was the defense that sparked their 2008 turn around and playoff run. Through 8 games the defense simply was not good. This forced head coach Norv Turner to fire defensive coordinater Ted Cortrell and promote LB's coach Ron Rivera (former Bears DC). Rivera pushed the Chargers to play a more aggressive, attacking 3-4 defense. It took a few weeks for the results to show but the improvement was dramatic. The Chargers only had 24 takeaways in 2008, but 14 of those occurred in their last 5 games. Also, Rivera was able to steady a very suspect pass defense and the Chargers gave up an average of 60 yards less per game the last month of the season. Again, without this defensive improvement the Chargers would not have won the AFC West or made the playoffs.

1. Right Tackle- Jeromey Clary gave up 6.5 sacks and was penalized 6 times.
2. Defensive End- Igor Olshansky signed with the Cowboys after a disappointing season.
3. Strong Safety- Clinton Hart was benched in 2008.
4. Nose Tackle- Jamal Williams turns 33 in April. Depth is needed.
5. Inside LB- signed free agent Kevin Burnett from Cowboys. Could use depth.
6. RB- RB is no longer a pressing need since A.J. Smith and L.T. appeared to settle their differences and restructure his contract. Actually the word from NFL sources (Vic Carucci) is that Smith was determined to trade LT, but team President and CEO Dean Spanos intervened and basically told Smith to do what ever it takes to work it out. Spanos said LT not being a Charger and playing for another team was "unthinkable". Depth could be added in later rounds.

It should be noted that they do not have a second round pick in this draft. They traded that pick to the Pats in last years draft to move up in the third round to draft Jacob Hester. After their pick at 16 in the 2009 draft, the Bolts don't pick again until pick 78 of the third round. In the "real" draft, I would look for the Chargers to try and trade back and pick up additional picks. 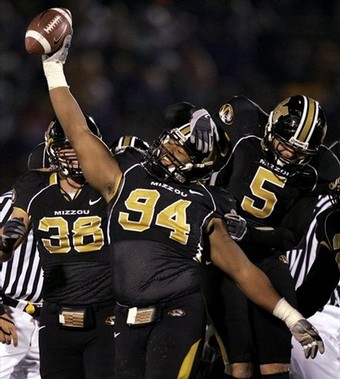 Chargers need defensive help. With the departure of Igor Olshansky via free agency they are in need of a quality DE. Yes, I know Tyson Jackson of LSU, is still available and most mock experts have them scooping him up. Not me. Big, strong, and extremely athletic Jackson can be a beast. However, he never really seemed to reach his potential at LSU. Writers who cover the LSU program admit, while he had some flashes of dominance, he could just as easily be labeled an underachiever. Too much risk at #16 for me. LT Michael Other, Ole Miss, could be a possibility but it just didn't feel right.

Rey Maualaga was actually my first choice. Would have been the perfect selection for SD on many levels. I was all set to draft him...Ooops...

Ziggy (you just gotta draft a guy named Ziggy!) can fill their biggest need for a DE in the 3-4. At 6'3" and 300 Lbs he has good size and bulk and is equally good in stopping the run and putting pressure on the QB. The term non-stop motor is often overused with draft prospects but with Ziggy it really applies. A natural athlete with great instincts and awareness. He displays great explosiveness with an initial burst and closing speed that allows him to continually make plays in the opponents backfield. Extremely tough, aggressive and enjoys the physical aspect of the game...won't ever back down. Three year starter in the Big 12 with tons of experience and production to match. 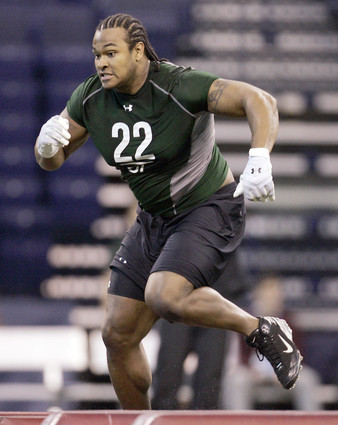 For me, it's all about a players intangibles. By all accounts, Ziggy is a good kid, hard worker, very coachable, and a team leader. Most importantly, he is passionate about the game and he showed that in 2006 when he broke his foot but returned to play the final 7 games with a screw inserted to hold the bones together.

Some will consider him a reach at 16. That's OK. To me, he is not a reach for SD as much as it is a "safe" pick. You know what your getting with Ziggy and he delivers. You win Championships with solid, passionate players like Ziggy. Give me "safe" picks like him all day long. With the out-of-control rookie salaries, teams who miss on round 1 picks really hurt themselves. This kid can step in and start from day one. He is going to be a high quality DE for a long time.