The BTSC Mock Draft rolls on with the sad-sack New York Jets' selection at #17. Many thanks to one of BTSC's finest gentleman, agentorange, who is plenty busy this week with his work. A fine selection and write-up though from 'orange, who you can find blogging himself here at this site. Next up? The Chicago Bears, represented appropriately by Chicago Steeler. - Blitz- 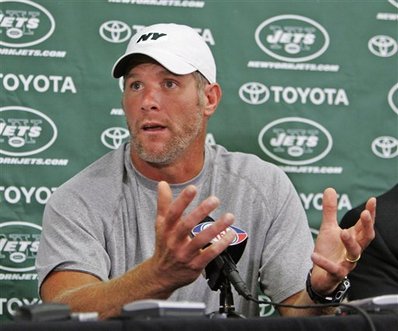 What started as a season of hope for the New York Jets, after some big free agent signings (Faneca, Favre, Woody, Pace, Franks), turned into a season of bitter disappointment as the Jets didn't even make the playoffs, even with Tom Brady's injury lessening the strength of the rival Patriots. Even with all the soap opera shenanigans of Brett Favre, the Jets were 8-3 at one point in the season and tied for the #2 seed in the AFC. But then it all fell apart, and the Jets sat at home watching Chad Pennington play a playoff game. 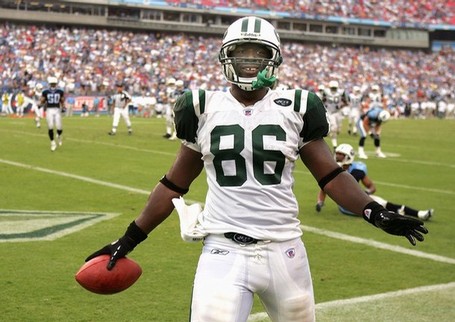 After ranking 29th in the league in passing defense last year, the Jets really tried to revamp their secondary this offseason, with a new defensive-minded head coach (Rex Ryan), signing Jim Leonhard, Donald Strickland, as well some other defensive players (Izzo, Douglas). Losing Brett Favre to retirement means that there is more discussion about who is the starting quarterback for the Jets (Clemens? Ainge? Ratliff?), but many feel that one of these guys will surely win the job and be able to perform as a solid (if not stellar) quarterback Other holes on the offensive side of the ball include wide reciever (after losing Laveranues Coles), tight end (after losing Chris Baker), and a solid, but aging, offensive line.

Considering all the acquisitions on defense, not to mention Ryan's ability to scheme with the talent already there, it appears that the greatest need is on the offensive side of the ball. Rather than drafting a first round quarterback who will likely sit on the bench, it seems more reasonable to draft another weapon. The assumption made by many is that a wide receiver to replace Coles is the way to go, and certainly if Maclin were still available at #17, they'd take him. But I think Ryan is really going to go with a more smashmouth approach, and therefore wants to bolster his run-blocking. Having only Dustin Keller and James Dearth on the depth chart at tight end is a problem, considering that Keller's blocking skills are average at best. Therefore, with the 17th pick of the 2009 draft, the New York Jets select: 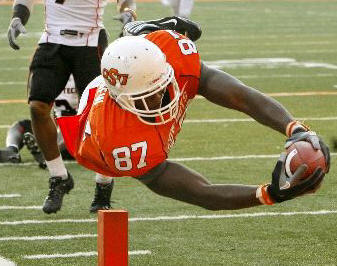 At 6'5", 263, Pettigrew is not only a great blocker who enjoys that aspect of the game, but also a big target with very good hands, if not elite speed. He is the kind of player that can be an asset both in the running and passing games, and would therefore be a huge asset to whichever young quarterback ends up under center for the Jets. While he has had some off-the-field issues (or, more accurately, one significant issue) and he didn't perform well at the combine, he nonetheless is a first-round pick that the Jets can't afford to pass on.