The 12 Most Heartbreaking Playoff Losses In Pittsburgh Steelers History: #9 - #7

Share All sharing options for: The 12 Most Heartbreaking Playoff Losses In Pittsburgh Steelers History: #9 -  #7

As we continue with our countdown, it is interesting to hear the debate as to which losses are more painful than others. Clearly, there are two distinct schools of thought. One way to define a heartbreaking loss is to look specifically at the game itself and final score, without reference to anything else. Conversely, another approach is to look more at the situation the Steelers were in and disregard what actually happened in the game itself. Sometimes the game is a dud, but the situation is heartbreaking because the Steelers would have had a great shot at the title had they won. Other times the game itself was a thriller, but the next team(s) waiting would have been prohibitive favorites, so losing is less stinging. And then there are games that feature both. Ouch.

In some ways this was the most heartbreaking playoff loss of them all. Namely, the game itself was as excruciating as any game ever. Also, it was my daughter Mary Rose's first live playoff game and she was heartbroken, piling on to my misery. Those elements alone made it difficult not to rank this game very, very high. However, it was "only" a first-round playoff game and every heartbreaker ranked above it was at least a final four game. In addition, the undefeated New England Patriots were rested and waiting in Foxboro, fresh with the knowledge of a regular-season beatdown over Pittsburgh. I realize the same scenario occurred in 2005, when the Steelers went on the road to avenge the unbeatable one-seed with the invincible quarterback, but asking for it twice in three years was more than my heart was capable. Anyhow... 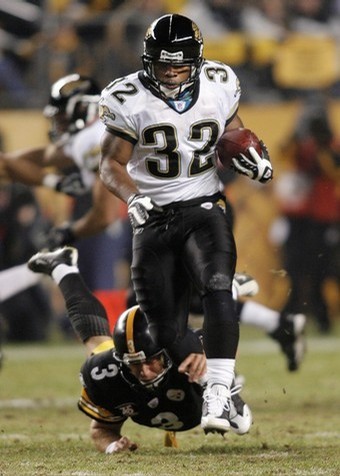 The Steelers took the opening kick and drove in for a touchdown, sending the Heinz Field crowd into a frenzy. The crowd didn't get a chance to sit down when the guy with seats next to ours said, "Kick it out of bounds." I told him that was a little extreme. Yes, our kickoff coverage units were horrible that year, but let's not hand them the ball at the 40-yard line. It turned out that guy was right. Maurice Jones-Drew took the kickoff back 96 yards. One play later it was 7-7 and all the air was taken from the stadium. Jacksonville maintained that momentum through the second quarter. Rashean Mathis picked Ben Roethlesberger and went 63 yards to the house and Jones-Drew caught a 43-yard touchdown pass from David Garrard. At half the Steelers trailed 21-7.

It got worse in the third quarter. Jeff Reed's field goal was answered by another Jones-Drew touchdown and after three stanzas, Pittsburgh was behind, 28-10. The fourth quarter brought the biggest tease I've ever experienced as a Steeler fan (and yes, with little Mary Rose). Ben to Santonio Holmes for a 37-yard scoring strike brought life to the crowd. Ben to Heath Miller on a 14-yard touchdown pass raised the decibel level even further. Curiously, Coach Mike Tomlin elected to go for the two-point conversion, down by five, with more than 10 minutes remaining. A holding penalty moved Pittsburgh out of reasonable range, but Tomlin still went for the two, which unsurprisingly failed.

After Najeh Davenport plunged in from the one to give the Steelers a 29-28 lead, It was pandemonium. At this point, the Steelers had to chase their earlier two-point gamble without another two-point try, and this one also failed. However, the Steelers got the ball back and needed just one first down to seal a remarkable comeback. But the season unraveled from there. First, a horrible third-down call forced us to punt. The punt was terrible. The return was too many yards, and then on a fourth-down play, the officials allowed two blatant holding calls and Gerrard ran for 32 yards to set up the winning field goal by Josh Scobee. Season over. Two-point loss. Did I mention that the Steelers opted not to kick two extra points? 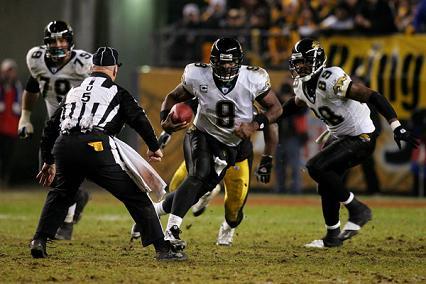 Not many plays have been more painful than this one 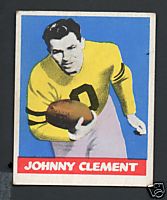 Finally in 1947, in their 15th year of existence, most of them bad, the Pittsburgh Steelers made the NFL playoffs. They actually tied the Philadelphia Eagles for the Eastern Division crown (both 8-4) and needed a one-game playoff to see who would play the Chicago Cardinals for the NFL title. It was the equivalent of being in the Final Four. In 1947, the Steelers were led by their single-wing back, Johnny "Zero" Clement. Clement replaced Bullet Bill Dudley, who just couldn't get along with Head Coach Jock Sutherland and was traded away. Clement was among the NFL leaders in many offensive categories. Typical of Steeler fortunes in those days, Clement was injured and could not play in the playoff game. So too was his backup, Gonzales Morales. In a single-wing offensive, having no feature back is the same as having no offense.

Making matters worse, the players were pouting because they believed they should be paid an extra week's pay for the playoff game. They actually went out on strike for a couple days and missed valuable practice time, especially now with their third-string feature back. When Art Rooney talked them into coming back, Coach Sutherland was still outraged. The health and chemistry of the team was shot to pieces, for what was their most important game in franchise history.

The game itself, played at Forbes Field, was not much of a game. The Steelers could only muster 154 yards and no points, Philadelphia scored touchdowns in each of the first three quarters and coasted to a 21-0 victory. The first two scores came on touchdown passes from Tommy Thompson. The only score in the second half came when a fellow named Abisha Bosh Pritchard scampered 79 yards with a punt return. True, the game itself was not heartbreaking, but considering the injuries to Clement and Morales, considering the chemistry problems and missed practice time due to the mini players' strike, and considering that Coach Jock Sutherland would soon die suddenly from a brain tumor and never coach again, all in all it was a very painful loss. 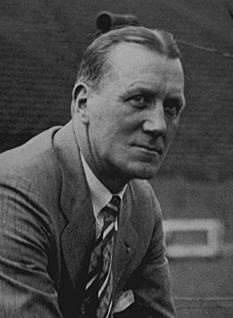 Coach who got the Steelers into their first playoff appearance

This loss turned my stomach into knots. The Steelers were playing at home as double-digit favorites to make their first Super Bowl appearance in 15 years. Everything continued in their favor when the Steelers took the opening kickoff and marched 67 yards, capped by a J.L. Williams 16-yard jaunt, to take a 7-0 lead. The two teams exchanged field goals in the second quarter to give Pittsburgh a 10-3 halftime advantage. Gary Anderson tacked on another field goal early in the third quarter to stretch the lead 13-3. At that point there wasn't anyone on the planet who didn't think Pittsburgh was headed to the Super Bowl.

Maybe the Chargers were the exception. It was a bit shocking when a guy named Alfred Pupuno, a tight end, scored on a 43-yard touchdown strike from Stan Humphries. Then on a third-and-14, Humphries bit Tony Martin on another 43-yard touchdown pass when Steelers cornerback Tim McKyer was badly beaten. Trailing 17-13, the stunned Steelers began their final drive on their own 17-yard line. Down to the Chargers' three-yard line, Pittsburgh had one fourth-down play left. A field goal, trailing by four, was painfully worthless. Neil O'Donnell tried to hit Barry Foster in the end zone, but linebacker Dennis Gibson deflected the pass and ended Pittsburgh's season. The Steelers compiled 415 total yards to San Diego's 226, adding to the frustration of it all. 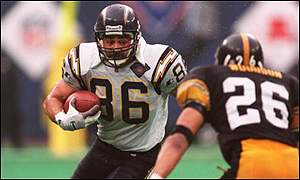 A sad footnote, Tim McKyer collapsed on the sideline after being overwhelmed by grief. He was carried off the field, never to wear black and gold again. While the game itself was a shocking, gut-wrenching, come-from-behind upset, the only consolation for Pittsburgh fans was that the San Francisco 49ers, still in their prime, were waiting at the Super Bowl and crushed San Diego, 49-26. The Niners looked unbeatable, but who knows?

Tim McKyer helped off the field in total despair