IX- Charlie Batch is the Steelers representative with the NFLPA (National Football League Players Association).  According to Mike Florio of Profootballtalk.com the Steelers' back-up quarterback told rookies at the NFL Rookie Symposium that "there's is a "100 percent" chance of a league imposed lockout in 2011."  Pretty bold words from Mr. Batch, but as the article mentions many owners are far in debt and a lockout would be very counter productive in their effort to...ya know, make money.

X- I've been meaning to feature this post in the six-pack for a few days and it has slipped my mind, but it's some really cool documents from our SBNation friends over at Buffalo Rumblings.  The documents are from the grandson of the first head coach of the Buffalo Bills, Buster Ramsey.  The thing that makes it relevant to Steeler Nation is one of the letters from the Bills is addressed to the then commissioner, Joe Foss.  In the letter the Bills accuse Los Angeles Chargers assistant coach Chuck Noll of conspiring to steal a player from the Bills.  I wonder if this Chuck Noll fella went on to do anything in the NFL? 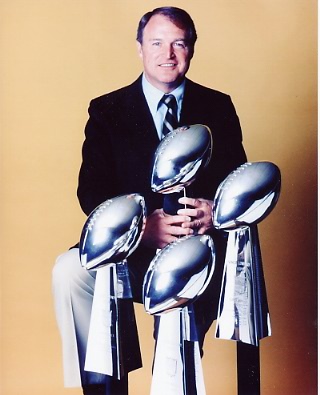 XIII-Grabbed this one from Steelers Depot, on a really cool link about free agent acquisition Stephan Logan.  It seems around BTSC that Logan has been written off since we have a pretty full stable in the backfield.  But according to Logan's former coach, with the B.C. Lions that might not be the case:

"They like him and they've moved him to slotback. The idea is that they can get him the ball in space and everything. He's opening some eyes. The veterans have gravitated toward him because he's shown stuff in mini-camps. And they plan to use him as a kick returner, too. Kirby told me, 'You're probably not going to get him back.' "

XIV--  One for the Other Thumb has the top ten Steelers plays of the year, Billy Mays, and Gumby all wrapped up into one somewhat neat post.  He also has a photo of the Santonio Holmes after his weight gain.

XL-We do seem to have a lot of DC area Steeler fans that follow BTSC so I thought this article was relevant.    The author of the blog Stet Sports wrote about why Pittsburgh Sports are everything that Washington D.C. and Baltimore fans strive to be and wish their owners would help them be.  I see the struggles of the D.C. sports teams on a daily basis and I am frequently blown away by the lack of support the area seems to show for any of their sports teams except for the perpetually mediocre Washington Redskins.

XLIII-Santonio Holmes isn't the only Steeler working out at "Tom Shaw Performance at Disney's Wide World of Sports",  he is joined by current Steelers William Gay, James Farrior, and Ike Taylor, along with former Steelers Bryant McFadden and Ricardo Colclough.  (Really?  Colclough is still in the league?)  The Tribune Review wrote an article on the William Gay and his traing at the Disney facility.  Gay seems really eager to learn from his teamates and take over the starting spot.  Also, Steelguy99, pointed out  another link on "Big Play" Willie Gay, be sure to check out "scrunge's" comments, as they are pretty spot on with what I think about the prospects for Mr. Gay this upcoming season.