Okay, so I am bored. Its Varsity semester break, the NFL off season is slow and boring at best, and I am in dire need of a laugh.

So here it is, the top 5 NFL players who I would love to punch in the face. It sounds stink I know, but its hard to like some players out there, and if I were lucky enough to find these guys in a dark alley.....alone....tied up....restrained or unconscious, I would definitely take a swing : ) 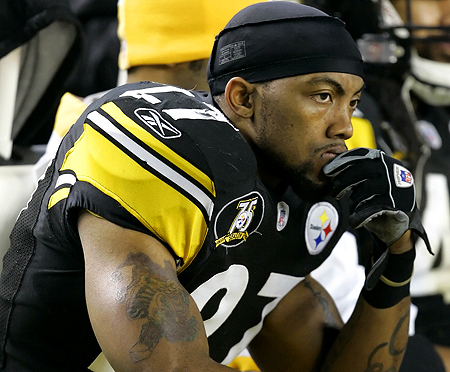 The picture make him look like he is thinking. Too bad he never tried using his head in game time, the locker room, in press conferences or on the practice field. Anthony Smith showed how the negatives of not having a brain outweigh the positives of a very talented athlete. This guy was just a thug, and had no sense of team comraderie. He often absolutely lit up our receivers in practice time, and we all know about his guarantee to beat the undefeated Patriots in the season before last. Too bad he forgot that the Patriots that year were a PASS FIRST team, yet he still felt the need to bite on play action all day long. I never ever want to see this guy anywhere near the Pittsburgh Steelers again, so long as good riddance. 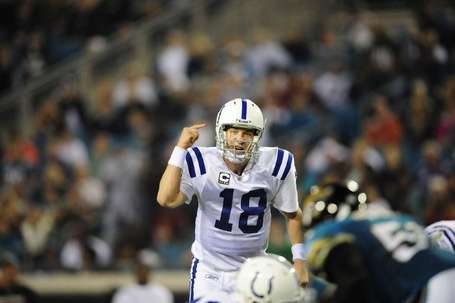 
Before I begin, P.Manning is already a first ballot lock for Hall of Fame honors, and he deserves that thoroughly. One of the smartest and most technically sound Quarterbacks to ever play the game. I have respect for his skill, and the time he takes to study the game and make sure he is as ready as possible come gametime. However the reason he makes my list is this. I get sick of this guys flapping arms, pointing, stepping, shouting during pre snap. Just hike the damn ball! I swear to god every time I see this guy use up the entire play clock waving his arms about like hes directing rush hour traffic, just to see him hand the ball off for a measely couple yard gain, it drives me insane! And to make matters worse, the people at EA Sports orchestrate that into the Madden game! I cant get rid of it! Im sorry Peyton, but if I met you in a dark alley....I would have to hit you in the face. 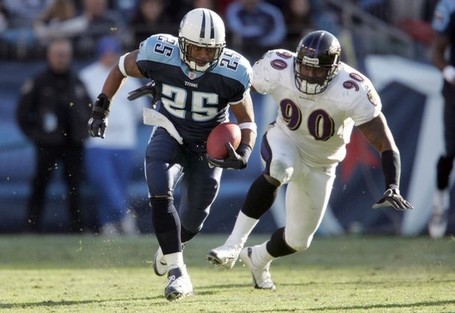 Surprisingly, only one of the trash talking, towel stomping Tennessee Titans makes my top 5 list, but Lendale earns his spot by being a Running Back, who weighs enough to warrant competing for a starting offensive line job. "Smash" is a cocky player, who actually really doesnt have all that talent, apart from nearly being able to handle Casey Hamptons diet plan. One of the instigators of the infamous towel stomping incident when the Titans hosted the Steelers last year, I cannot wait for this guy to put his money where his mouth is when they come to our house. Hopefully at least a few of the defensive players will do me a favor and smack this guy right in the mouth for me.

Merriman may be a surprising inclusion in my top 5 to some. Whether its the fact that he plays for one of my least favourite teams, who every single damn year the media talks them up so high they could have breakfast on a cloud, or the fact he is a cheater who got caught using steroids that helped him get 17 sacks in 12 games, or the fact he introduced that stupid "Lightning bolt" dance after he makes a sack, or the fact the Brooks on NFL.com had the nerve to put this guy in his top 5 edge rushers and exclude James Harrison, I just flat out hate this guy. I had a smile on my face for a long time when Chad Ochocinco mocked his dance in a game a couple seasons back. Merriman will never be elite in my book due to the fact he got caught cheating. I cant wait to see how much he will fail this year. If you werent such a big, nasty, scary looking guy, Id put one right on your jaw. 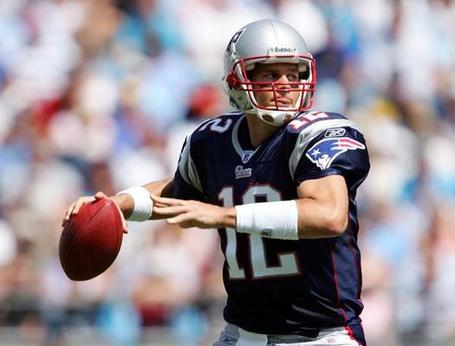 This shouldnt be a surprise at all. Tommy can ball no doubt, but I just cant stand him. The arrogance he showed when he laughed at predictions that the Giants could hold the Patriots under 17 points in the Superbowl year before last, the fact he was part of a team caught cheating, which overshadows his record season in my opinion, and the fact that he has a gorgeous girlfriend, I just dont like him. The way the media constantly shove this guy everywhere possible, the golden boy etc urgh someone give me a bag so i can chunder in it. Tom Brady, I cant stand you, youre a great QB, a future Hall of Famer, but if i see you shirtless in one more mens magazine promoting a shitty smelling fragrance, Im gonna hunt you down and sock you one

Ive had my rant. Feel free to add your top 5 below, and vote on my poll.

I got a more serious piece of writing in the making, just cant be bothered right now, lacking motivation and all.

Of my top 5 guys, who would you most like to punch in the face?