The Pittsburgh Steelers first round draft pick in the 2009 NFL draft has reportedly agreed in principle to a contract that will give Hood 6.1 million dollars in guaranteed money.  Hood's contract is for five years with a base salary of 8.7 million dollars, and depending on his performance, escalators in the contract can push the base salary to as high as 11.3 million dollars, according to Profootballtalk.com. 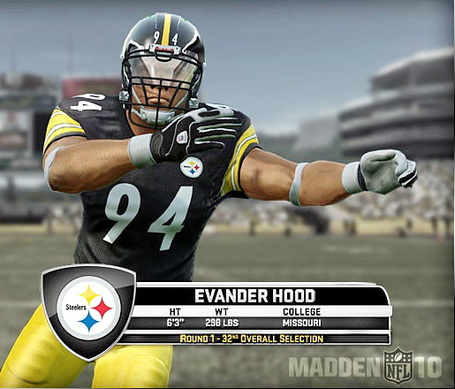 Ziggy Hood is only the fourth first round draft pick to agree to terms with their team.  Great news for the defending Super Bowl champions on their journey to winning a seventh Super Bowl title.  The Steelers front office should be commended for their swift work in signing the 2009 NFL draft classs.  The World Champions Steelers will have all 80 players entering camp under contract when their training camp begins next week in Latrobe.