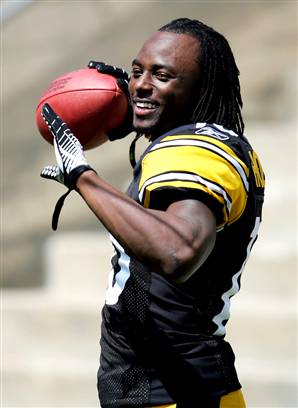 About this time every year, we take a crack at projecting out what we think some of our favorite Pittsburgh Steelers players will accomplish statistically in the upcoming season. Unlike the PECOTA system used by stat geeks to project how the Major League Baseball season will play out, I am just essentially pulling numbers out of the air. There is no math involved in my analysis or anything really scientific to how I see his season playing out. Feel free to do the same about in the comments section.

Here were my projections for Holmes last year:

With all that said, here's my projections for Santonio Holmes in 2009...