The 12 Most Heartbreaking Playoff Losses In Pittsburgh Steelers History: #5

Share All sharing options for: The 12 Most Heartbreaking Playoff Losses In Pittsburgh Steelers History: #5

We continue with out countdown with Heartbreak #5.  As a reminder, after the write-ups, we are going to take the winners of the two polls already taken (2002 Titans and 1994 Chargers are currently in the lead) and add them to the final six to be counted down individually to create the Great Eight Heartbreak Tournament.  We'll have quarterfinals, semifinals and then the championship.  Here we go with #5.

Very rarely does the Good Lord intervene in sporting events.  He has more important things to do.  He made exceptions in 2000 and 2001.  Infuriated with the City of Cleveland for not building Art Modell's Browns a new stadium (though curiously they built a new stadium as soon as he left), and the way the fans and media vilified a future Hall of Fame coach, Bill Belichick, God decided to reward them both with championships in consecutive years.  Modell's title came in 2000 with the Baltimore Ravens.  Belichick's would come in 2001 with the New England Patriots.  Belichick's would not come easy, however, needing divine intervention from time to time.  First, God became a little perturbed when the Oakland Raiders sealed playoff victory over the Patriots by recovering a Tom Brady fumble with less than two minutes remaining in the game.  He invoked His first executive order by instantly dusting off the now-famous "Tuck Rule," which miraculously gave new life and subsequent game-tying and game-winning field goals. 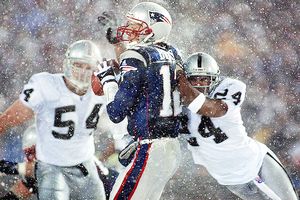 Mr. Tuck sold his soul to the devil

With the Patriots traveling to for the AFC Championship Game, the Good Lord decided to make this game "special" for Coach Belichick.  First, after a beautiful 64-yard punt by Josh Miller got out of trouble and put in such, the Steelers were penalized for illegal procedure when Troy Edwards stepped out of bounds covering the punt.  On Miller's mulligan, Troy Brown ran 55 yards into the end zone giving the Patriots a 7-0 lead.  After a Kris Brown field goal cut the lead to 7-3, Tom Brady was knocked out of the game with a knee injury.  Divinely, replacement Drew Bledsoe came in and looked like Johnny Unitas.  He took down the field and threw an 11-yard touchdown arial to David Patten.  The seven-point favorite Pittsburgh Steelers trailed 14-3 at halftime. 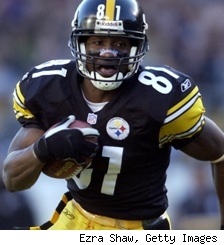 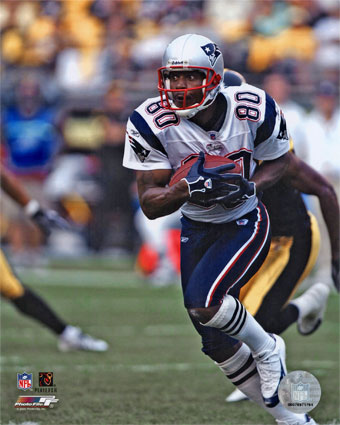 Two men of Troy, one a goat and one a hero

Another Steelers' mistake in the third quarter gave the Patriots the ball on 's 35-yard line after a fumble.  But the Patriots were stuffed, the Steelers drove down the field, the Good Lord was concerned, so out came another heavenly "special."  Kris Brown's field-goal attempt was blocked by a defensive tackle, picked up by Troy Brown, who ran about 10 yards before throwing a lateral pass to Antwan Harris, who ran 49 yards for a touchdown.  The Patriots led, 21-3, causing all the angels to learn how to high-five.

The Pittsburgh Steelers don't ever give up.  It is one of the hallmarks of their identity and has been for 76 years.  That never-say-die attitude is woven throughout this entire series of heartbreaking stories.  In this game in particular, everyone got into the act.  Kordell Stewart and Hines Ward did some damage in the passing game and Jerome Bettis capped off a nice drive with a one-yard plunge to slice the lead to 21-10.  Jason Gildon (sack) and Troy Edwards (nice punt return) chipped in before Amos Zereoue skirted in from 11 yards out to make the score 21-17.

In the fourth quarter, 's Adam Vinatieri extended the lead to 24-17, but hope filled newly-minted Heinz Field with the Steelers only trailing by one score, despite massive special teams' gaffes.  With nearly a quarter to play, partisan fans believed the better team would eventually prevail, but alas, Stewart threw fourth-quarter interceptions to Tebucky Jones and Lawyer Milloy and that was the ballgame.  The Steelers lost by just one touchdown, despite handing two of them via special teams.  This heartbreaking loss was accentuated when the Patriots went on to defeat the St. Louis Rams in the Super Bowl, something Steeler fans believed would have happened to the Rams had they been playing the black and gold.