IX-Here are the official details from the Steelers official website regarding the Steelers training camp in Latrobe, PA.  It looks like the night pracitce at Latrobe High School will be held on Friday August 7th at 7pm.  It sounds like lots of BTSC'ers will be making the trip to Latrobe with a lot making it down the very first weekend.  I haven't decided what weekend I will make my appearance, but either way it should be good times.

X-The Steve McNair situation is tragic regardless of how the story ultimately unfolds, as it's always sad and unfortunate when someone is taken away from us much too early.  When remembering McNair as a player he was always a thorn in the Steelers side, and regardless of what he did off the field he was a remarkable quarterback for many, many years in the NFL.  Dan Flickinger of the Pittsburgh Sports Examiner takes on McNair's top five performances against the Steelers. 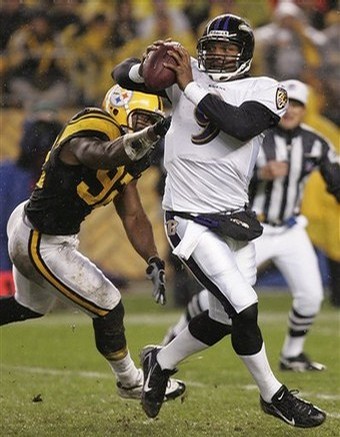 XLIII-Add the Harness Racing Hall of Fame to the ever growing list of hall of fames that the Steelers have representatives that equal or are greater than the Baltimore Ravens.  [Again, this is for our dear friend Mr. Malor].  That's right, one of the Art Rooney's sons, Tim, was inducted into the Harness Racing Hall of Fame on Sunday.  When asked about his favorite players Tim Rooney had this to say:

"I have a zillion of them. Jack Butler (1950s) was a great defensive back. We knew him, we knew his family, he was from Pittsburgh, and he's been a close friend of ours, personally. (Terry) Bradshaw, of course, he liked the horses. He had some quarter horses and Lynn Swann, Joe Greene, Rocky Bleier. Those guys are very, very special people."

XIV-Steelers training camp is only three short weeks away and Dale Lolley breaks down a few of the big battles to watch out for.  He even thinks that Trai Essex is the dark horse to win a role as starting right guard over the likes of Stapleton, and Urbik.  I don't think that's what BTSC'ers want to hear, as everyone is counting on Urbik being a beast in the near future.

XL-Speaking of Hall of Famer's what Roger Federer accomplished yesterday could quite possibly be one of the greatest sports records that many of us will ever see in our lifetimes.  15 majors and counting with little to no signs of slowing up in the near future.  The dominance of Federer in Tennis and Tiger Woods in golf will quite frankly be hard for anyone to beat.  Also, keep a watch on Tiger who now is only five tournament wins away from Jack Nickalaus' who has 73, and only fourteen away from record holder Sam Sneed. 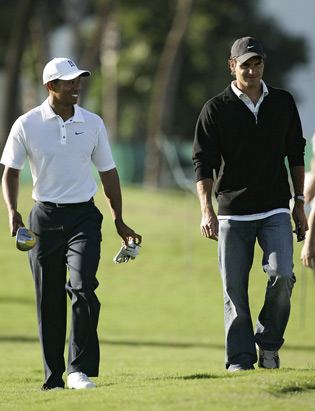 XLIII-One of my favorite Steeler photoshops of all time from One for the Other Thumb.  You will have to check it out at his site, and since I didn't get to it before the fourth, I will just say I hope everyone had a safe and enjoyable fourth of July.  Let summer get into full swing, and get football season started!