IX-The writing style in this article from Sports Radio Interviews strikes me as familiar to that of Behind the Steel Curtain as well as the recently published Maple Street Press Steelers Annual.  (On Sale Now).  Anyways, in the article it recaps a radio interview that Rod Woodson did with KNBR in San Francisco this week.  In the interview Woodson says if he was forced to chose his team to go into the Hall of Fame with it would be the Steelers.

If they made me choose a team going in to the Hall of Fame, I would have chosen the Pittsburgh Steelers, but as a whole, I have to thank every single team that I played with.

He went on to say, I would thank everyone except the Ravens because they are horrible, horrible people. (O.K., you got me, I just made that last sentence up.)

X-Ever wonder what type of salary Dan Rooney was bringing in while he was in charge of the Pittsburgh Steelers? According to the Washington Times and the documents Mr. Rooney needed to submit for his appointment as Ambassador to Ireland, he brought in approximately 2.2 million dollars in salary over the last year and a half.  Mr Rooney  is also due just shy of an additional million dollars in severance over the next year.

XIII-Although Dan Rooney is now officially not apart of day to day operations, his son Art Rooney II has effectively been running the team since at least 2003.  While Art is highly praised throughout league circles and considered one of the best in the business, he isn't without detractors.  One of them spoke out publicly through the Pittsburgh Tribune Review, John DeSantis, a former West Civic Council Leader.  Desantis is also a season ticket holder and used the words "calculating and Machiavellian" to describe Art Rooney.

XIV-This is the stupidest thing I have ever heard.  According to Mike Florio their is scuttlebutt around the league that the Steelers could potentially release Heath Miller; this year. I am refusing to say anything more about this topic, and I'm sure their will be a little outrage on the stupidity of the article in the comments section. 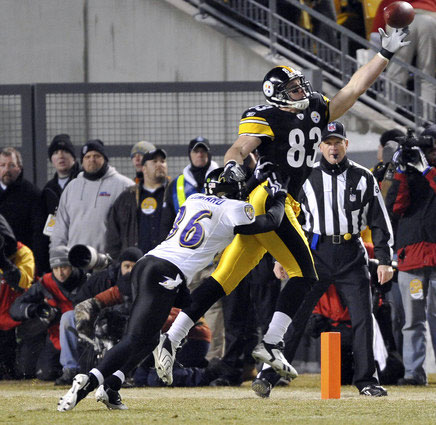 XL- fanofsteel wrote a fanpost about ESPN's new contest to decide who truly is America's team and it seemed pretty clear that Behind the Steel Curtain had no desire to have the Steelers associated with that moniker.  Blitzburgh Blog wrote another excellent response to why the Steelers are not America's team.  Smart and funny take on the subject.

XLIII-Ladies and gentleman place your bets, the Steelers are a five point favorite heading into their home opener against the Tennessee Titans.  Of course this monumental and breaking news even though neither team has entered training camp, decided on a final roster, or created their depth chart.  Gotta love Vegas!  On a side note do you think that every team in the league will wear a patch for McNair this season?  My guess would be that everyone wears a sticker on the helmet or patch in week 1 and the Titans and possibly the Ravens as well will wear a symbol of remembrance throughout the season.