IX-Hall of Fame cornerback Mel Blount had a civil action filed against him yesterday for $631,000 in back taxes that he is owes to the Internal Revenue Service from 1994 to 2006.  Not sure what to say on this one, but hopefully for Blount he will be able to resolve the situation quickly. 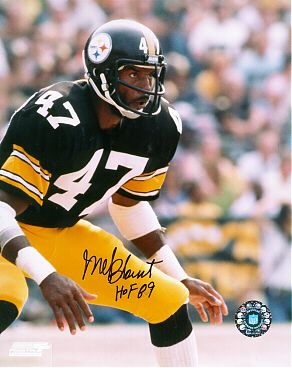 X-The Pittsburgh Post Gazette sheds some more insight into the Brett Keisel signing, Ryan Clark's contract situation, Sean McHugh's injury status. Keisel's contract is worth around 18 million dollars over the next five seasons with 5 million dollars being guaranteed.  Keisel is almost certainly the last Steeler to receive a contract before the start of the season, but  Ryan Clark who is playing out the last year of their deal is still very adamant that he wants to be in black and gold next season.

XIII- I am definitely a hater of all things that relate to the New England Patriots, but the retirement of Teddy Bruschi yesterday is something that deserves at least a mention on BTSC.  Bruschi was a true professional and the way he battled back after a stroke to play in the NFL is a pretty inspirational story.  Bruschi was a member of all three Patriots Championship teams and the Patriots will surely miss his veteran leadership this season.

The Steelers, for example, lost former starting inside linebacker Larry Foote to free agency, yet they have former first-round draft pick Lawrence Timmons ready to replace him.

Not to be too nit-picky but the Steelers didn't actually lose Foote to free agency, they released him after trade talks fell apart with the Detroit Lions.

XL-SBNation continues to improve it's visibility and is always making improvements to help Behind The Steel Curtain and the other SBNation blogs publish better content and help us fans learn about our favorite teams.  The newest improvement is a partnership with USA Today that has Behind The Steel Curtain's most recently published content prominently displayed on the USA Today page for the Steelers.  Here is a look at how the Steelers page looks at USA Today.

XLIII-Pittsburgh Sports and Mini Ponnies turned me onto his friend Jim's video's called "Yinz Luv The Steelers".  He just published his second part of a preseason interview with the legendary Jack Hamm.  Here are both parts: