I ripped this  idea straight from our friends over at Hogs Haven, the Washington Redskins SBNation Blog.  They decided to list in order the players that they felt would have the biggest effect on the team if they were injured or unable to play for multiple games during the season.  Similar to how they did the list on their blog I am factoring in depth at the position along with the actual performance and productivity of the player being lost.  Just a little fun as we ramp up for next Thursday's season opener.  (DYM)

10-Justin Hartwig-  Even though statistically Hartwig gave up the most sacks on the Steelers offensive line last year, he was a major improvement over the Sean Mahan experiment from 2007.  Hartwig had much more success in blocking the bigger Nose Tackles in the AFC North and seems to be a quality locker room guy as well.   Losing Hartwig for any significant amount of time would create a major headache for the Steelers, especially with previous back-up center Darnell Stapleton being lost for the season.

9-Ike Taylor-  Ike Taylor will likely never reach a pro-bowl unless he finds a batch of that stick-um that Fred Bilentnikoff used back in the day;  but he certainly is a valuable piece in Pittsburgh,.  Taylor shut down just about every #1 wide receiver he faced last season and while big things are expected of William Gay, it would be somewhat unreasonable to expect him to step in the shoes of "Face-me-Ike" without a significant drop off in play. 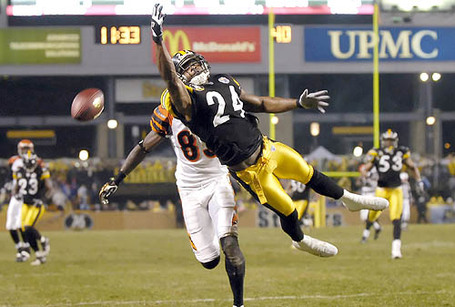 8-Heath Miller-  The Steelers signed Heath to a long term extension and made him one of the highest paid players at his position for a good reason.  When Heath Miller is in the line-up not only does our passing game improve due to Miller's sure hands but the Steelers run game improves as Heath is the best blocking Tight End on the team.

7-James Farrior-  Similar to Hines Ward; James Farrior may have lost a step or two but his leadership, football smarts, and experience can't be valued enough on the grid-iron.  The Steelers pre-season game against Buffalo last week shows what Farrior brings to the table and now with injury concerns to Lawrence Timmons, Farrior's health is another key to winning.

6- Casey Hampton- Forget all the talk about Hampton possibly getting cut; it's not going to happen.  Even though Hampton may be past his prime he is still one of the top Nose Tackles in the NFL.  Chris Hoke has always filled in well in spurts for Hampton, but Hoke is no spring chicken himself and regardless of what you read or hear Ziggy Hood isn't big enough or experienced enough at this point in his career to take over for Hampton.  The Steelers need Hampton this year, and they quite possibly could be forced to franchise him next year if they are not able to find a suitable replacement.

5- Hines Ward-  Although many fans and media pundits feel that this is the year that Santonio Holmes becomes the Steelers true "number one" wide receiver, it is undeniable the positive effect that Hines Ward has on the Steelers offense.  Hines is Big Ben's safety valve on third down and his blocking and leadership make the Steelers offense a more complete unit.  Ward has looked good throughout the preseason and I expect Hines to have another solid year as long as he can stay healthy.

4- James Harrison-  It would be foolish to not put the reigning defensive MVP of the league on a list of the most valuable players in black and gold.  If Harrison misses time it allows offenses to game plan on shutting down our other stud outside linebacker Lamar Woodley.  Harrison and Woodley combined for a steelers sack record for a linebacking duo in 2008 with 27.5 sacks and frankly if either one goes down I would expect a major drop-off in our pass rushing capabilities.  If injury strikes Harrison my preference would be to see Lawrence Timmons move outside and have Keyaron Fox sliding into a role at Inside linebacker which would minimize the loss.

3- Troy Polamalu- Since Troy became a starter in 2004 he has made the pro-bowl every season and in 2006 and 2007 when Troy did miss time due to injury the team struggled in his absence.  Factor in that the depth at Safety is also very thin right now and Troy's health may very well be the most important factor for Pittsburgh's chances of winning Super Bowl XLIV.

2- Max Starks and Willie Colon- If either or our starting tackles go down for a long stretch you could actually see Big Ben absorb more sacks than the 47 he received in 2007 .  The Steelers depth at tackle is young and inexperienced and besides Trai Essex none of the back-up tackles currently on the roster have regular season experience.  A loss of one of our starting tackles for a significant period of time could force the Steelers to dig deep on the waiver wire to bring in a tackle with game experience. 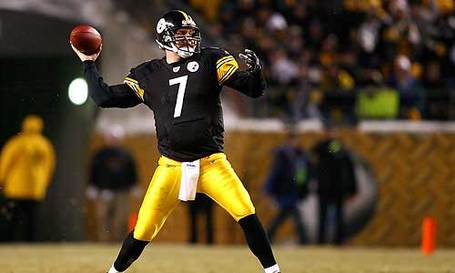 1- Ben Roethlisberger- I personally think this is a no-brainer.  Whether it would be Charlie Batch or Dennis Dixon replacing Ben, either one will have an extremely hard time being productive if they are forced to fill in for a long period of time.  Batch has always played admirably when forced to step in for Ben but he has never had to assume the position for long periods of time since he came to Pittsburgh.  Coupling a lesser quarterback with an offensive line that is still trying to gel and the Steelers could be in for a long, long season if Ben goes down.

Well that's it folks. Feel Free to comment, yell, scream, or tell me why I am an idiot.