Share All sharing options for: Grab A Book While We Wait For The Return Of Steelers Football

Hey, it's the offseason, so I'm taking a little liberty to stray off subject for a brief moment and share some of the books that I either enjoyed in 2009 or am currently reading here in the new year. There's nothing Steelers related in there only because I read Ruanaidh (the story of the Rooney family) and Steeler Nation (Jim Wexell's chronicles of the 2007 Steelers) when they were published in '08. Hopefully there's something that piques your interest in my list - either for yourself, or perhaps as a gift idea for someone else. Some of the books are older, while others are just published (as recently as a few weeks ago even), but all, I suppose, give a little glimpse in to who I am and what I enjoy thinking and talking about outside the world of Steelers football. As always, jump on in with your own suggestions if you're so inclined. 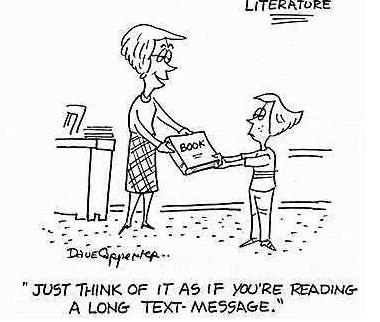 * Cowboys Full: The Story of Poker - This isn't some poker strategy book - of which there seems to be no shortage of these days. It's more a history book from James McManus, the author of Positively Fifth Street. As a history major myself, I am enjoying this book immensely (not quite done), as it traces poker's roots throughout colonial America all the way through the present - with commentary about how the game played a major role in the events and lives of our nation and our forefathers.

* The Immortal Game: A History of Chess, or How 32 Carved Pieces on a Board Illuminated Our Understanding of War, Art, Science and the Human Brain  - That's one helluva title no? Sounds kind of like some of those ridiculous titles you'll see in academic publications, but don't get the wrong impression. This is a fast-paced, insightful and entertaining book about one of civilization's most paradoxically simple yet complex games.

* We Wish to Inform You that Tomorrow We Will Be Killed with Our Families: Stories From Rwanda - An incredible account of the aftermath of the 1994 genocide that took place in Rwanda. 800,000 people were estimated to have been murdered in the span of a mere 100 days, and the seasoned journalist and exceptional story teller Phillip Gourevitch captured much of the horror by traveling the country trying to make sense of how and why the conflict materialized. By the way, Gourevitch did a follow-up piece this summer about how Rwanda has made a remarkable turnaround in the 15+ years since the genocide ravaged the country.

* Time To Hunt - The first fiction selection on the list is hardly a literary masterpiece. No, Stephen Hunter's 1993 thriller novel is just a good quick read about Bob Lee Swagger, a former Vietnam sniper, kicking ass and taking names many years after returning from 'the shit'.

* The Omnivore's Dilemma - This is no hippie book about saving the planet; and it's not alarmist or anti-corporate or anything like that in its rhetoric. It is though an eye-opening expose about the food industry. The book's won quite a few awards and for good reason. Very well researched and written, and like I said, not Michael Moore like in intention or tone whatsoever.

*Monday Morning Quarterback: A Fully Caffeinated Guide to Everything You Need to Know About the NFL - I don't typically love books that are largely just a collection of prior work (newspaper columns, essays, etc). I also am a firm believer that it is difficult for a national writer to insightfully and throughly comment on an entire league's worth of action. Peter King - who I sometimes fervently disagree with - nevertheless does a real nice job with this book. It's mostly former MMQ columns, but he throws in some interesting lists and other fresh content (particularly in the page margins where all sorts of fun facts can be found) that keeps the pages turning. His self-effacing writing style makes much of what I might disagree with easier to digest, and all in all, I think he did a very nice job with what he decided to include in the book - which I managed to get through in a few short, enjoyable days of reading.

* The Wilderness Warrior - Theodore Roosevelt and the Crusade for America - I imagine there's a number of huge TR fans amongst you all. If you're one of them you'll enjoy the latest book from one of my favorite non-fiction authors, Douglas Brinkley. In the first decade of the 20th century, Roosevelt set aside over 230 million acres of wilderness for future generations, by far the greatest naturalist achievement ever.

* Sonic Boom - Globalization at March Speed - I haven't yet read the latest book from Gregg Easterbrook, whose name you may recognize from his popular Tuesday Morning Quarterback column, but I eagerly look forward to doing so.  Taken from the book's website, here's what Sonic Boom is about:

SONIC BOOM: Globalization at Mach Speed presents three basic insights. First, if you don't like globalization, brace yourself, because globalization has barely started. Easterbrook contends the world is about to become farmore globally linked. Second, the next wave of global change will be primarily positive: economic prosperity, knowledge and freedom will increase more in the next 50 years than in all of human history to this point. But before you celebrate, Easterbrook further warns that the next phase of global change is going to drive us crazy. Most things will be good for most people – but nothing will seem certain for anyone. Each SONIC BOOM chapter is based on examples of cities around the world – in the United States, Europe, Russia, China, South America – that represent a significant Sonic Boom trend. With a terrific sense of humor, pitch-perfect reporting and clear, elegant prose, Easterbrook explains why economic recovery is on the horizon but why the next phase of global change will also give everyone one hell of a headache.  Forbes calls Easterbrook "the best writer on complex topics in the United States" and SONIC BOOM will show you why.