Share All sharing options for: NFL Stands for No Flag League When It Comes to the Pittsburgh Steelers

A)  Roethlisberger doesn't do TV commercials does he?  The league won't yell at me if I keep my flag in my pocket

B)  Is this the pretty boy who dates that model?  Naw, play on!

2.  What was the difference between James Harrison's contact with Drew Brees and Dawan Landry's contact with Ben Roethlisberger right after each released a pass? 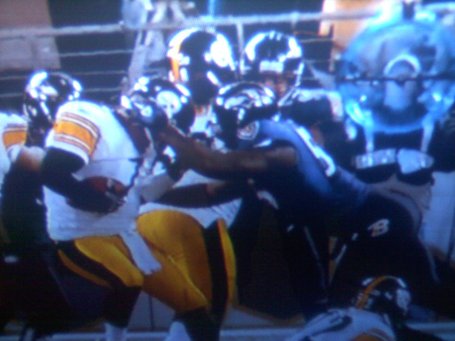 3.  If this helmet slap to Ben Roethlisberger was made to Peyton Manning instead, the result would be:

A)  Hey, no flag, Terrell just needed a hug

C)  You're allowed to visit twice a month Mrs. Suggs, but take off your jewelry before you pass through the metal detector 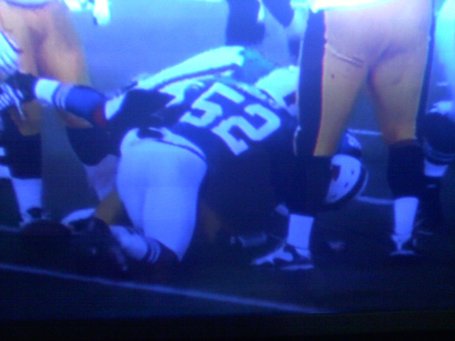 4.  If Arthur Moats had played Twister with Drew Brees' legs well after the quarterback was down and the whistle had blown, the result would be:

A)  No flag, Moats was just trying to find the blue dot on the field

5.  What was wrong with James Harrison's tackle of Jason Campbell?

A)  I have no idea. That has been a text book NFL tackle for 90 years 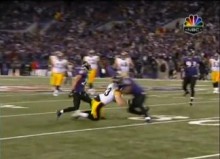 6.  If James Harrison makes a receiver into a Pez dispenser, identical to Heath Miller, the result would be:

A)  No flag, play on, oh wait, let's drag this body off the field first 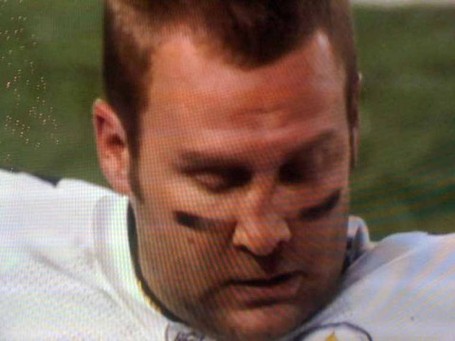 7.  If Haloti Ngata had whacked Tom Brady's nose to look like the 13th hole at Augusta, the result would be:

A)  No flag, the guy "was just trying to make a tackle" (Referee Terry McAuley)