I've read with interest all of the discussion as to what positions people think need to be addressed and who they think would best address them, and my head is absolutely spinning. Everyone seems to have their own angle and their own idea of what is important.

One of the big discussions is whether to draft for need or take the BPA. But it seems to me that there may be a way to reconcile those two things, as well as to address something else that no one to my knowledge has even considered - the growing number of female football fans.

So here are my draft picks for the first three rounds. And since a picture is worth a thousand words, then even without a lot of explanation it should be obvious why these gentlemen would add depth to the Steelers in an area that we are a bit lacking... 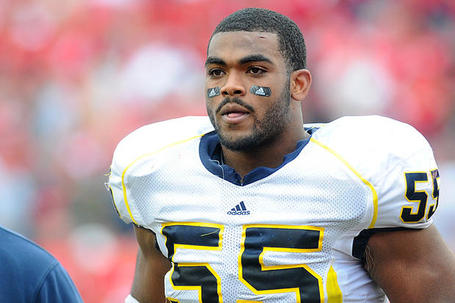 Scouts Inc. has him at #18, cbssports has him at 28 and rising, and he won the Senior Bowl MVP. We need to get some younger players on the D line, and frankly finding a good linebacker that is a pleasure to look at isn't easy. This gentleman gets my unhesitating recommendation. Although Gerhart is the tiniest bit thin in the face yet, he's young and I'm quite sure it will fill out. He has a number of other fine attributes, and he's smart besides, taking course overloads at Stanford in subjects such as Integral Calculus. Oh, yeah, and he was a runner-up for the Heisman Trophy. An all-round athlete who is also the starting center fielder on Stanford's baseball team, I think he would be a great replacement for FWP. NFL Draft currently shows him at 73, and on the rise. 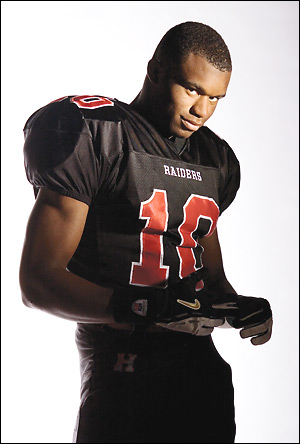 There's already been a lot of discussion about Rolle, so I won't repeat any of it. Besides, the picture above says it all. We need this kind of talent in our secondary. It is unfair that Troy has to carry the whole burden of providing incredible good looks by himself. Deshea Townsend is a fine-looking man, but he's a big question mark for next year, and I think we need Rolle. I rank him head and shoulders above the other safety prospects.

Well, that's all for today, ladies everybody - if I'm feeling energetic I'll put up a post for rounds 4-6 later this week.