The Character of the Pittsburgh Steelers Has Never Changed

Share All sharing options for: The Character of the Pittsburgh Steelers Has Never Changed

-Bumped back to the top of the page for those who may have missed it last week. -Michael -

Steeler Nation should be celebrating these days. Usually the team loses more talent than it acquires in the winter months, prompting fans to hope that the Draft replenishes the void. This offseason, the Steelers have done an admirable job of re-signing their own players, never an easy task, plus add depth with some old friends who know the system and their roles in it. Unfortunately, instead of feeling good about the state-of-the-Nation, the clouds of indiscretion are blocking the sunshine. Star players are showing up in the news, and not in a good way.

This creates conflict in the minds and hearts of the greatest fan base on earth. Steelers' fans are outwardly proud of the organization they represent. They want to believe that every part of the organization, from ownership down to the players, is impeccably above board when it comes to character issues. To be sure, there is indeed much to be proud of, and we talk about those elements often. But make no mistake, the football players on the Pittsburgh Steelers are no different than anyone else - no better, no worse.  Never have been and never will be.

The Steelers began in the 1930s and had the most notorious player in the league. His name was Johnny "Blood" McNally and his nickname was self-imposed. McNally's talent was too good for Art Rooney to pass by. In his first game (1937) he returned a kickoff for a 92-yard touchdown and caught a 44-yard touchdown pass.  McNally was also the head coach, as wild as any man in the league.  He actually missed a game once thinking it was scheduled on another day. Blood's carousing was legendary. To impress a female admirer who wanted an autograph, McNally cut his arm with a razor and signed his name in Blood. He was so mischievous back in the day, the players worried more about the coach than vice versa. 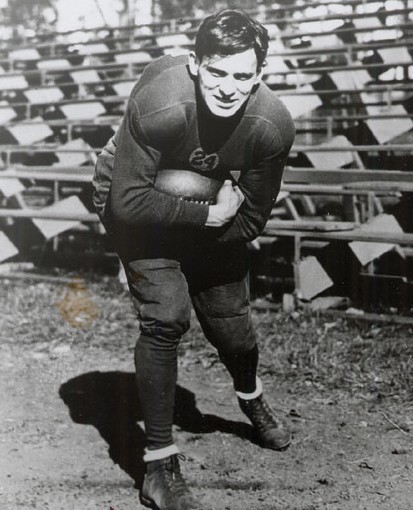 Bobby Layne's binges were also legendary when he quarterbacked the Steelers in the early 1960s. After getting plastered at Dante's, a popular watering hole, Layne smashed his car into a parked streetcar.  This was in the wee hours of a night preceding a football game. His teammate, Big Daddy Lipscomb, killed himself with a heroin overdose and Ernie Holmes shot a gun at a police helicopter, hitting the officer in the foot. Steroids in the 70s were rampant on every team, including the Steelers, and a man who scored a touchdown in the 1995 Super Bowl, Bam Morris, was later caught driving with five pounds of pot in his car. There's no need to go on.

Typically, most calamities in life usually happen in bunches as opposed to being neatly spread out over time.  The law of averages is rarely incremental. Just ask our AFC North rivals, the Bengals, Browns and Ravens. They've all had their share of behavioral discord, and when it rains it pours. Truth be told, the management of any NFL franchise, when hearing about something negative about a player from another team, whispers to themselves, "but for the grace of God, there go I." No team is any more or less susceptible.

True, selecting draft choices and signing free agents is done with "character" being one of the criteria. This is not done for vanity purposes, or trying to make your team look pristine. Character is not considered because your team is somehow more righteous than another. It is considered because there is a risk involved in throwing boatloads of money at a player; and minimizing that risk is a part of the equation.

Also true is the double standard dilemma, which is difficult for some people to some to terms with. In Utopia, there are no double standards.  All are treated equally in every situation. In the real world, there is a standard for each of us, based upon asset and liability, deposits and withdrawals. In the NFL, there are 53 standards on every team. If you are a borderline practice player and you cause a stir in the locker-room, you are as good as gone. A star wide receiver, with more upside to weigh against the downside, gets more rope.  When the great Bill Belichick was the defensive coordinator of the New York Giants, Lawrence Taylor came to team meetings stoned out of his mind. He and Bill Parcels knew darn well, but they couldn't stop it, short of losing Lawrence Taylor. You do what you can and then settle for Sunday. Releasing a player like Taylor would only result in him wearing another uniform that beats you.

That's no different than corporate America. Break sales records every month and you will not hear a whimper for coming in late occasionally.  Become a company deadbeat and you will be fired at the first indiscretion. It's called supply and demand, pros versus cons, and it's called real life. There are multiple standards everywhere. If a high school coach and accountant get caught smoking pot, only one will lose his job.

But there is something else about "real life" that modern athletes need to understand. That is, how much it is changing. Gone are the days of the Wild West.  Gone are the halcyon days of the 1970s. Gone are the swashbuckling days when a coach and owner could get into a fistfight on a train ride (Joe Bach and Art Rooney in 1936), when boys were boys. (Bach, by the way, was the best man in Rooney's wedding five years earlier, and was hired back 16 years later.)  The world is getting closer and closer to zero tolerance of anything. Pinch a woman on the behind and you better be prepared for sexual assault charges. Say anything that borders on racism and you better be prepared to find another job. School teachers are afraid of administering discipline in fear of getting sued for the "pain and suffering" of a minor.

Thirty-five years ago, pinching a woman would get you a dirty look or a whack with a handbag. If a teacher punished you at school, your father doubled it when you got home. Today, dad runs to see a lawyer.  It's the world we've become.  What was once social mischief is now feeding grounds for our legal system. Professional athletes need to live in 2010, not 1975, like it or not. They need to understand how much they have to lose. They need to understand that they cannot remotely put themselves in position to even raise issue or doubt. They need to understand that behavior in a 1975 fraternity house is unacceptable in a 2010 nightclub.

I don't need any athlete to ever be a role model to Maryrose. That's my job. I don't want her to think of football players as heroes.  I want to be her hero.  I have no problem telling her that our guys are just like everyone else, vulnerable to the pitfalls of life.  I am also quick to point out that there is plenty of character within the Pittsburgh Steelers' organization. The ownership has proven since 1933 to be among the most stable and elite in NFL history. The fan base is second to none.  Just turn on a television set during a Steelers' road game and admire, along with the announcers, all the gold towels waving in the stands.  The quality of play has also been second to none since the NFL-AFL merger in 1970. Six Super Bowls proves that. There are plenty of things to be proud of as a Pittsburgh Steelers' fan, but make no mistake, players are players and they are the same on every team.  hey come in all sizes, shapes, styles and demeanors. It has always been that way and always will be.