And we're off with the 2010 BTSC Community Mock Draft! Many thanks to ncoolong for the submission to get us started. Next up? MAN_OF_STEEL_86 who will be selecting for the lowly Detroit Lions. - Michael Bean (Blitz) -

The Rams find themselves in a familiar spot. They are drafting high in Round 1 with several high-potential defensive linemen available. They've gone the lineman route in previous years.

DE Chris Long, 2008's second overall pick, ended up with five sacks off the bench. Not too bad for a second-year guy on a 1-15 team. However, a shoulder injury knocked 2007 first round pick, DL Adam Carriker, out all last season. Their 2009 first-round pick, LT Jason Smith, only netted five starts in his rookie season. Add in the epic failure that was the Rams' 2006 draft (including the 15th overall pick, CB Tye Hill), St. Louis got a total of nine starts from all of their first-round picks since 2006.

No pressure with this pick, right?

The definition of insanity is repeating the same actions expecting a different result. But the NFL is an insane organization, and the Rams have a chance to draft Ndamakong Suh, who appears to be the best defensive tackle prospect in more than a decade. 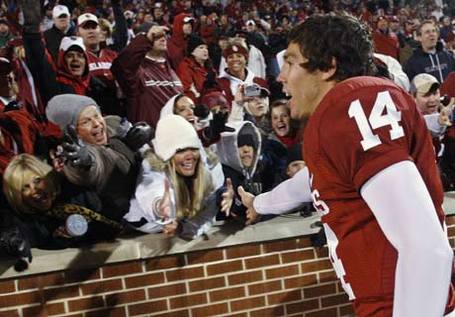 Today's pass-first, second and third league requires a high level of performance from the quarterback position, and the Rams know it. Cardinals QB Kurt Warner carved up the Rams since he joined the team in 2005, amassing a 97.3 rating with 15 touchdowns and eight interceptions in 16 games. The Cardinals won the last two NFC West titles after winning just 16 games from 2004-06, and one of the best moves they made was bringing in a passer who could take over a game.

The Rams get that level of quarterback with Bradford.