I didn't think it was too likely late last week, but I think we're going to make it through all 32 picks before the real deal commences Thursday night. Many thanks to  for the timely pick. Next up? The Dallas Cowgirls at #27, represented by a very busy and active draft speculator, TheAngelsColts. - Michael Bean - 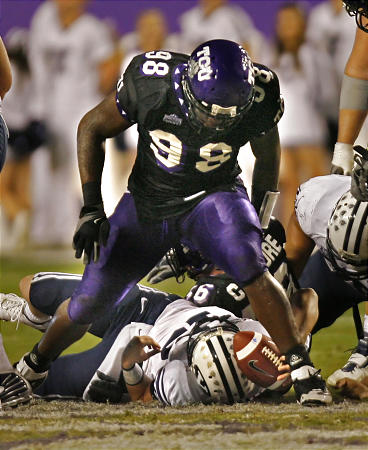 Alright Pittsburg West is on the Clock. What do they need? A NT, some OLBs, and an ILB to replace Dansby. Now what about who is available? There is no NT worth the pick. What about BPA? Anthony Davis is available but would Whisenhunt, who is trying to mimic the Steelers organization, take a guy with character concerns? I think not. The Cards WR corps should be fine with Breaston and Doucet taking up the slack for Boldin.

However their Linebackers are old Steeler castoffs. With Haggans on one side a Porter on the other there is a serious need for youth. The Cards drafted a DE to convert to OLB last year but we have proven that you need 2 good OLBs. And since there is no ILB worthy of this pick Hughes it is.

Updated picks after the jump.