IX- When I see moves like the ones the Redskins make every off season, most recently the McNabb trade, I am reminded how pleased I am with our FO.  The Redskins are always the team to make a huge splash in the off season, last year it was the enormous Albert Haynesworth contract.  Many fans eat this up and fail to see the wide-reaching effects of this move.  Hogs Haven blogger, KevinE, weighs in with his frustrations of the McNabb trade and puts it all in perspective.  Unlike the Redskins, the Steelers have been generally frugal in free agency.  They stray away from signing big names and losing draft picks and instead look to the draft to keep the team young and able to reload with ease.  Hail to the Steelers!

X- Of course I could not get through one six pack without talking about the upcoming draft.  However, this time I am not going to force another speculative mock draft down your gullet.  Instead, I ask you is it a risk to draft a Safety with a high pick or early in the draft?  Safeties like Troy "Punxsutawney" Polamalu, Ed Reed, and Bob Sanders were great picks, but have had a lot of injuries.  Therefore, is it worth it to risk a high draft pick on a Polamalu and risk the possibility of that high pick getting injured?  Advanced NFL statistics did a great analysis on the value of selecting a safety in the first round.  It is definitely worth the reed. 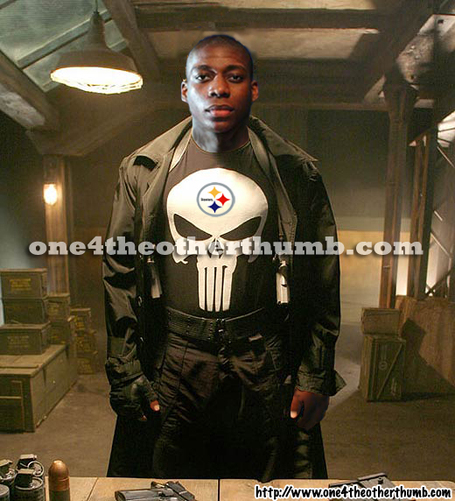 XIII- One for the Other Thumb had a chance to "interview" Steelers running back, Rushhard "Spin Doctor" Mendenhall.  The writer of the site got the chance to send Mendy 5 questions and he responded to them in a video format.  He asks two cliche questions to warm him up and than dives in with 3 unique questions for the Steelers young buck to answer.  Additionally, at the bottom of the article there is a contest you can enter for a chance to win a $100 gift certificate to Champion Athletic gear.  I believe the submissions are due by Tuesday, so hurry up and gets yours in.  That gift certificate could help you buy your brand new Mendenhall jersey. 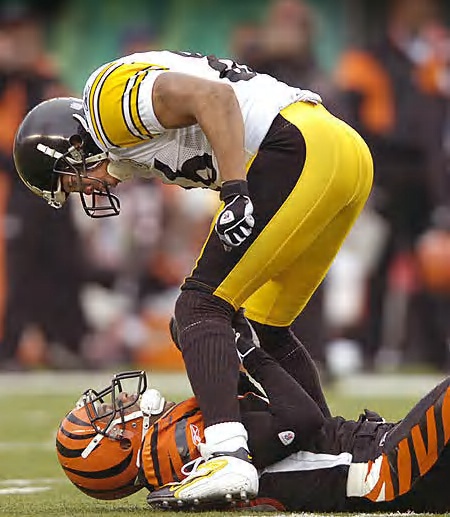 XIV- Steelers.com will be doing a "Draft Memories" series leading up the the 2010 NFL draft.  They have already put out their first and second installments of Hines Ward and Mike Wallace, respectively.  In the Hines Ward article, he talks about the days leading up to and the day of the draft.  He talks about how the two teams who brought him in for the most evaluations, the Bucs and the Colts, drafted other WRs.  Two guys who did not amount to a third of the production of Ward's career.  Thank heavens they passed him up.  Ward had this to say about being selected by the Steelers:

Fortunately enough I was drafted by Pittsburgh. I had never talked to them, didn't meet any of their coaches, didn't even know where Pittsburgh was.

It is funny that a guy who did not even know where Pittsburgh was, because the city's most loved athlete with no love lost in return to the city.

XL- Any chance the Steelers could be one of the 3 teams that is looking at Flozell Adams, the recently released Cowboys LT?  Adams is old, but could offer a viable back-up at LT, a position we lack solid depth at.  I am just offering it up a discussion piece, because I do not believe the Steelers would really be looking at him.

XLIII- The 2010 March Madness NCAA tournament is drawing to an end with the championship game set for tonight, 9:30 EST.  Therefore, our BTSC Pick'em league is drawing to an end.  As it stands now Steagle34 - Fundamentals is in the lead.  If Butler wins, he takes home the "trophy".  However, if Puke wins, shleeve's Go Puke will win all the marbles.  Thanks for participating everyone.  Lastly, everyone should watch the game tonight and root against Duke, because they are like the Patriots of college basketball.