And then there were two...that's right the Pittsburgh Steelers have signed the pair of remaining fifth round picks from the 2010 NFL draft.  Crezdon Butler, a cornerback from Clemson who finished his career at Clemson with 11 interceptions and Chris Scott a big bruising Offensive Tackle from Tennessee both signed three year contracts today.  These signing leave only the Steelers first two picks, Maurkice Pouncey and Jason Worlids left to sign their rookie contracts. 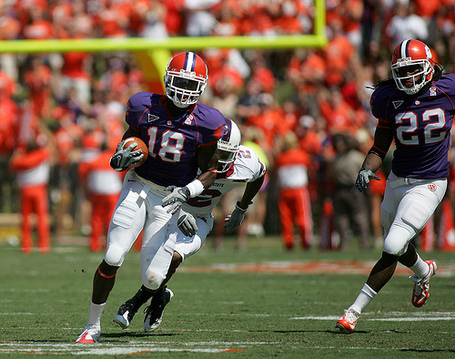 From all account Butler has looked solid in training camp and is looking to find a spot in a surprisingly deep secondary that includes Ike Taylor, Bryant McFadden, William Gay, Keenen Lewis and Joe Burnett.  With Ike Taylor looking to hit free agency the Steelers would be in a much better position if either Butler or one of last years two draft picks were able to step up and show they can play at the NFL level.  Scott is also trying to crack a spot in the offensive line rotation against a few players like Tony Hills who have yet to show they have the talent to play at the next level.  To make roster room for Scott and Butler the Steelers cut rookie free agent, Da'Mon Cromartie-Smith, the 80th Cromartie in the last five years to try his hands at playing in the NFL. 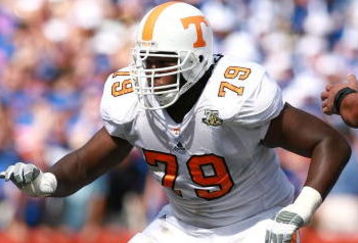 While the Steeelers have been super active in signing their draft picks in the past week I wouldn't look to much movement in terms of Jason Worlids or Maurike Pouncey until some of the other first and second round picks sign their deals to set up the fair market value.  As of today I don't see a single first or second round draft pick that has come to an agreement with their club.  I wouldn't be surprised to see the contract for Pouncey not get done until just before the start of Training camp at the end of July.